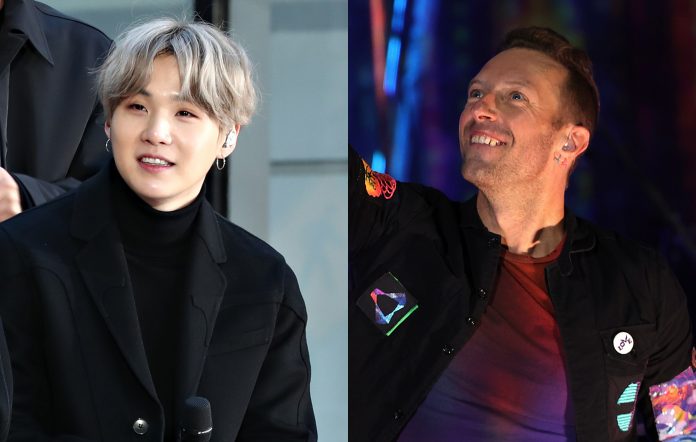 Coldplay and BTS have extended their recent collaboration with a new release, ‘My Universe (SUGA’s Remix)’.

READ MORE: Coldplay: “This is our period of having no fear”

The remix – released earlier today (October 18) following the recent debut of Coldplay’s ninth album ‘Music of the Spheres’ – sees the BTS rapper reworking the super-sized pop production of the original.

Suga dials back the synth euphoria in favour of a lighter tropical house beat. “I’m thrilled to be able to work together with Coldplay, who I’ve admired since I was a kid, and honoured to be a part of this remix,” he said in a statement.

Listen to Suga’s remix of ‘My Universe’ below.

Coldplay praised the “glorious” remix on social media, adding that Suga is “a BRILLIANT producer on top of everything else”.

We’re so grateful to SUGA for this glorious remix. A BRILLIANT producer on top of everything else #SUGA #YOONGI @BTS_twt love c, g, w + jhttps://t.co/RFKfKzz3xL

Yesterday, it was reported that Coldplay are on track to surpass 100,000 UK chart sales in a week for ‘Music of the Spheres’.

According to the Official Charts midweeks, the album is likely to debut at Number One when the final figures come in on Friday (October 22), extending their unbroken run of chart-topping studio albums to nine.

“We hung out with them recently in New York, and even though there’s a bit of a language barrier, it didn’t feel awkward or uncomfortable at all,” the bassist said.

‘My Universe’, which appears on ‘Music of the Spheres’, debuted at the top spot on the Billboard Hot 100. Coldplay and BTS have also shared a documentary about how the collaboration came about.

In a four-star NME review of ‘Music of the Spheres’, Rhian Daly wrote that the album is “a celestial beauty that’s capable of inspiring great awe and emotion.”