Adele and The Weeknd have the biggest-selling records of 2021 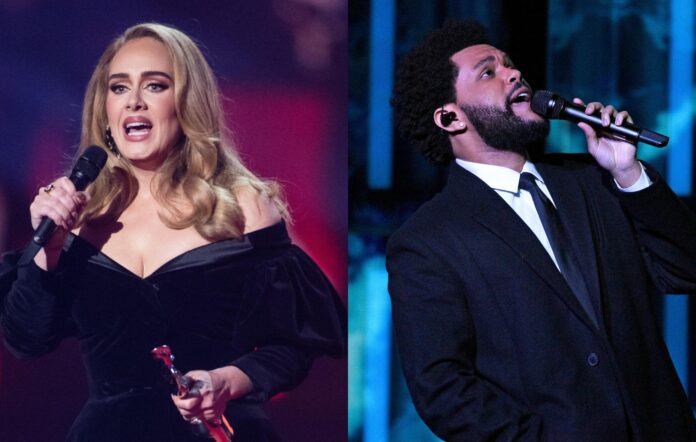 Adele’s latest album ’30’ and The Weeknd’s ‘After Hours‘ single ‘Save Your Tears’ were the world’s best-selling records of 2021.

The Weeknd’s ‘Save Your Tears, which was released in 2020, topped the charts in 18 countries and was streamed 2.15billion times. In 2020, The Weekend also had the biggest record of the year with his other ‘After Hours’ single ‘Blinding Lights’.

You can see the rankings below.

The three album charts compiled by the IFPI (overall sales, physical sales and vinyl) “reflect the truly global nature of the industry today,” chief executive Frances Moore told the BBC, “with albums by artists from the UK, US, South Korea, Australia, Japan, Canada and Sweden all making appearances”.

Adele’s dominance over all three, she added, “speaks to her unique song-writing talent, her iconic voice and unrelenting global popularity”.

The news follows the recent revelation that UK record sales in 2021 were the highest they’ve been in 30 years, despite widely publicised issues with backlogs and delays.

According to figures released by the British Phonographic Industry (BPI) last December, more than five million vinyl records were sold this year, an eight per cent increase on 2020. It marked the 14th year in a row that the format has increased sales, with vinyl records making up 23 per cent of all albums sold in 2021.

The post Adele and The Weeknd have the biggest-selling records of 2021 appeared first on NME.