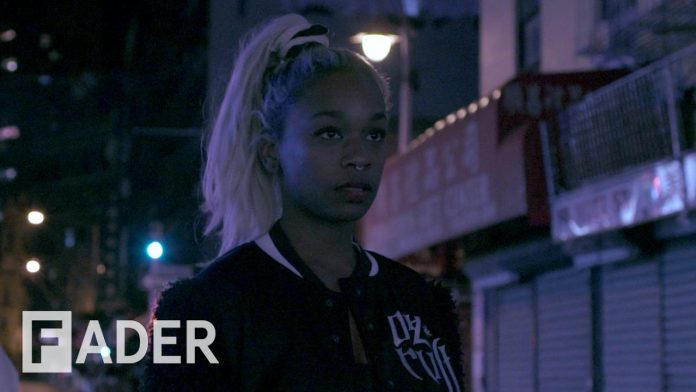 Abra comes alive in a new self-directed video for “Pull Up.” In the video, filmed in New York’s Bushwick and Harlem neighborhoods, the enchanting Awful Records pop-R&B singer lets go for a risky night of adventure.

A car pulls up, Abra leans in the passenger side window, and she and a friend hop in. The track itself sets up this scene, when she sings, Pull up to your crib riding shotty, shawty — the ladies are in for a ride. Later, in a room under blue lights, Abra and two friends pour back drinks and when the buzz hits she finds herself siting on a four wheeler, facing the driver. He speeds off with the front tires in the air, and as Abra smiles at the freedom of making uninhibited decisions, her gold bottom grill sparkles under the street lights.

‘I Will Be Dead … Before I Accept The REAL History Of [America] To Be Erased!’ – Rosenberg