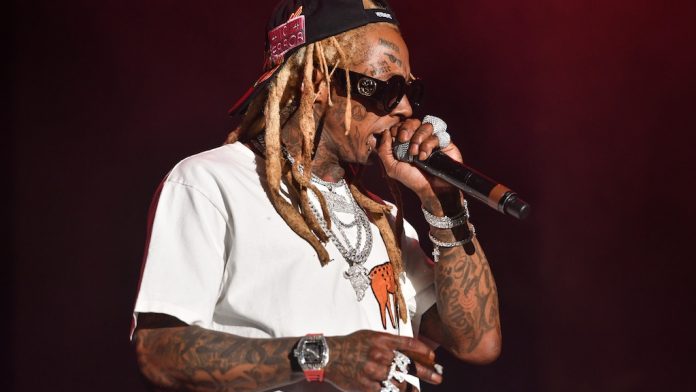 This past weekend, Lil Wayne‘s Lil Weezyana Fest took place at UNO Lakefront Arena with a crowd estimated around 15,000 concertgoers. According to The Times-Picayune’s NOLA.com, a large number of those concertgoers stampeded following Meek Mill‘s set, causing damage to the festival grounds, reports of injuries, and thefts of both cash and alcohol in the aftermath.

While police were unsure of what caused the stampede, speculating that false reports of gunfire or a fight set the crowd off, the results were inarguable. The chaos damaged concession booths and a medical tent near the stage, while cash registers and tip jars were stolen in the rush. Some attendees took advantage of the abandoned concessions to take bottles of liquor or pour themselves drinks.

However, the show eventually resumed with Travis Scott restoring a semblance of order with his set, while Lil Wayne brought out Future and surprise guests, hometown heroes Choppa and Cheeky Blakk. Unfortunately, no announcement was made referring to the disturbance, prompting some attendees to leave early. One was noted as saying: “My brother said to me and my cousin, ‘Run. Just run. I don’t know what’s happening.’ I turned around at one point to see what was happening, but everyone was running away. No cops were going toward” the origin of the stampede.

The 2019 edition of the Lil Weezyana Fest was the first at UNO Lakefront, moving from Bold Sphere Music at Champions Square in downtown New Orleans. The move allowed the festival’s organizers to increase the capacity by double and while growing pains for scaling festivals are to be expected, it seems the organizers were caught off guard by the new security needs.