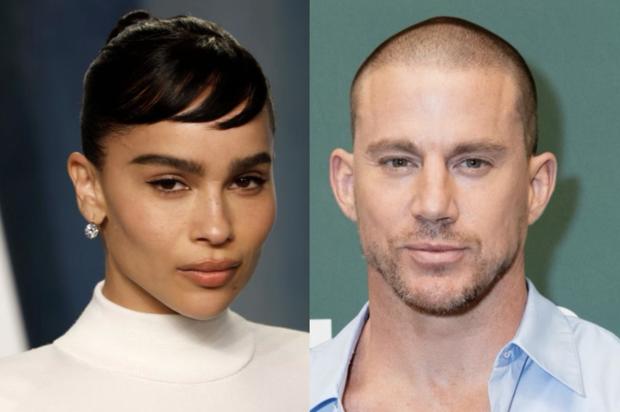 A year after they first sparked relationship rumours while bike riding around New York City, Channing Tatum and Zoë Kravitz have been photographed packing on the PDA during their vacation in Italy.

As Page Six reports, the duo was spotted off the coast of Positano, Italy, where they exchanged plenty of kisses in their swimwear. For her part, the High Fidelity starlet wore an orange bandeau bikini while her man opted for an all-black full-body swimsuit, complete with a blue life jacket.

When they weren’t getting up close and personal with each other, Tatum and Kravitz were seen swimming out in the water, the father of one even doing a backflip off of the boat at one point.

Other vacation activities included jet skiing and sliding off the boat deck and into the ocean.

Elsewhere in Italy, cameras caught the famous faces strolling through the streets together, holding hands and embracing as they took in the romantic scenery.

Back in March, sources confirmed to Page Six that things between the two were “getting serious.” They shared, “Things are going great with Channing and [Zoë] is incredibly happy. She is in a good place career-wise and he has a good record of being a dad.”

While Tatum already has fatherhood on his list of duties, Kravitz is currently childless, although sources say she “wouldn’t mind having one kid” with her beau.

The 33-year-old selected the Magic Mike star to appear in her directorial debut, Pussy Island, as she believed he radiated the energy of a male feminist. “I felt, even from afar, before I knew him, that he was a feminist and that he wasn’t afraid of exploring that darkness, because he knows he’s not that,” she said.

“That’s why I was drawn to him and I wanted to meet with him. And I was right.”

Check out more photos from Channing Tatum and Zoë Kravitz’s trip to Italy here, and tap back in with HNHH later for more pop culture news updates.