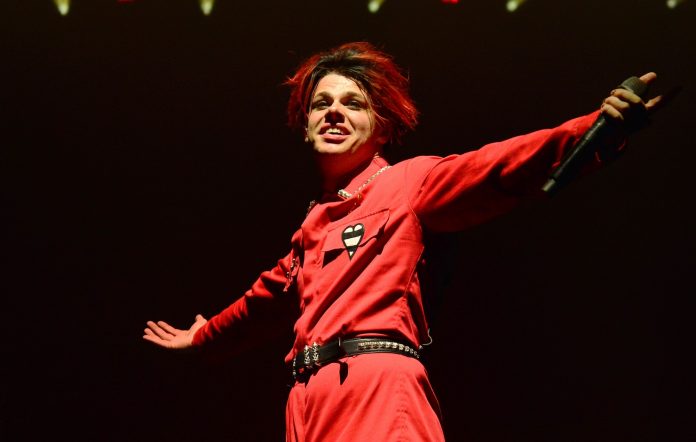 Yungblud has revealed that he has introduced gender-neutral facilities at the venues on his current tour.

The Doncaster artist – real name Dominic Harrison – is out on his ‘Life On Mars’ UK tour, which is set to wrap up in Liverpool on October 19.

Taking to Twitter ahead of his sold-out show at Newcastle’s O2 Academy tonight (October 12), Yungblud posted a video in which he told fans: “It was really important to me that there would be gender-neutral facilities on this tour.”

He went on to address the difficulties faced by non-binary people at gigs, adding: “So that’s happening.”

Harrison, however, claimed that the O2 Academy in Newcastle “don’t want to comply” with the proposed move. “What the fuck?” he said.

I WILL TRY MY BEST THAT EVERY YB SHOW TILL THE END OF TIME HAS GENDER NEUTRAL FACILITIES ! ily
pic.twitter.com/MDOZABdohE

Yungblud is then seen unveiling a sign reading “Gender Neutral Toilets”, telling fans that he was now “so excited to be in Newcastle”. He concluded: “If the council have got a fucking problem with it, talk to me.”

In a four-star review of Yungblud’s show at London’s Alexandra Palace last week, NME wrote: “[…] Tonight is a sprawling, emotional and dynamic run-through of the complexities Yungblud has to offer.

“Harrison might not know exactly how he made it to a sell-out show at Alexandra Palace tonight but he definitely knows where Yungblud goes from here.”

You can see Yungblud’s remaining ‘Life On Mars’ tour dates below:

Speaking to NME backstage Reading Festival 2021, Harrison revealed that he’s “got two new albums ready to go.” You can watch the video interview above.