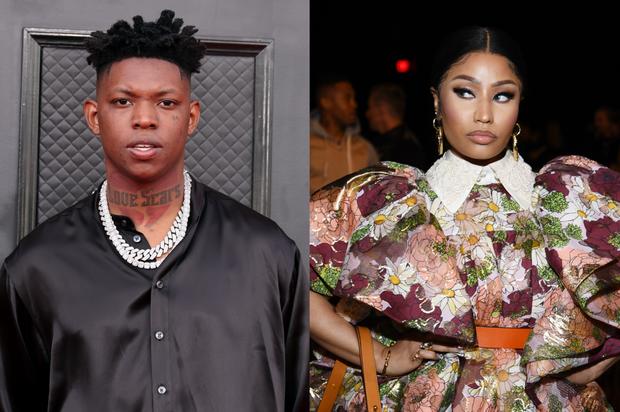 Yung Bleu has worked his way up from a young aspiring rapper fresh out of Alabama, to a Grammy nominated artist, working with some of the biggest names in the game. Since releasing his first big hit “Miss It” in 2017, the 28-year old has worked alongside everyone from NBA YoungBoy to Chris Brown. But it was Nicki Minaj that actually had Bleu a bit star struck.

The Mobile native too to social media on Thursday (September 22) to reveal that he was nervous to film with the Barb for their new collaboration “Love In The Way.” “Y’all dnt how nervous I was when they put me in the scene with Nicki,” he tweeted. “If u notice In The video ain no how to move my arms cuz I was scared I was gone make a mistake and bump her or some so I just kept em by my side.”

The “Mine Still” star also shared with fans that Nicki let him pick out her outfit for the video shoot. “Then one more funny thing ! Y’all no she let me pick her outfit . She said go In there and tell me what u want me to wear I started feeling so much pressure. I’m in there with the stylist sweating bullets now [why she] put this pressure on me.”

Bleu’s behind the scenes details comes less than a week after he released sultry visual for his smooth track with the Queens rapper. Nicki shared her excitement over the song in an Instagram post, writing, “This song I just did with Bleu [smirk emoji].” Aside from the music, Bleu also recently announced the launch of his Moon Boy University –a space for creatives to come and learn the ins and outs of the industry while advancing in their own careers.

Check out the visual for “Love In The Way” below.