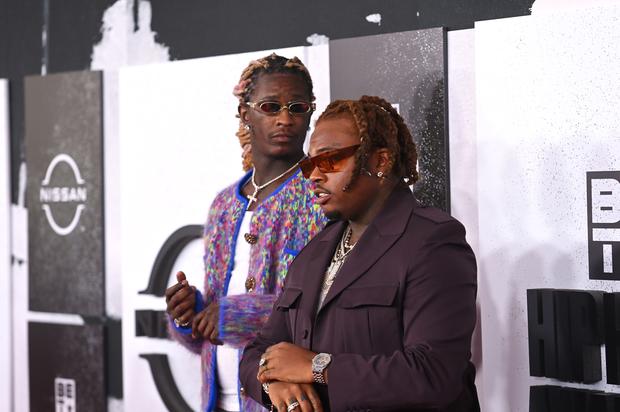 It looks like things aren’t working in Young Thug’s favor these days. The Atlanta star is currently behind bars as he awaits trial. Yesterday, it was revealed that he was denied bond for the third time.

Prior to the bond hearing, court documents leaked that said there was at least one person listed in the RICO indictment against YSL that planned to cooperate with authorities. YSL Woody is reported to have entered a plea agreement with the prosecutors in the case to divulge information on Thug’s alleged role in YSL.

After records leaked online suggesting that a member of YSL planned to cooperate, the state prosecutors confirmed that atleast one co-defendant entered protective custody, AJC reports.

Fulton County prosecutor Don Geary requested that the judge restricts even more evidence in the case, especially since news of a snitch in the camp surfaced from a tabloid publication.

“We found a lot of information concerning one of our witnesses on basically a (celebrity news) outlet,” Geary told Superior Court Judge Ural Glanville.

Fulton County D.A. Fani Willis also asked the judge to stop lawyers from sharing evidence with anyone except for the defendants’ legal teams. Willis said that the state offered the lawyers to discover evidence, such as “the names of all lay witnesses (and) cooperating YSL associates that will be called to testify in this case.”

“Since the date of those filings, however, information from the state’s discovery material has appeared on public websites,” Willis wrote in her motion. “As a result, the state now has grave concerns about the safety of that named witness and other potential witnesses in this trial.”

However, the attorney for Gunna pushed back at Willis’ apparent concerns for the safety of their witnesses. Kristen Novay requested proof of these alleged threats.

“We want to know what specific threats there are,” Novay said. “There have been many allegations that there are threats to witnesses, and to date we have received no discovery, not a single shred of evidence from a witness who was actually threatened.”

We will keep you posted on any more updates surrounding the case.