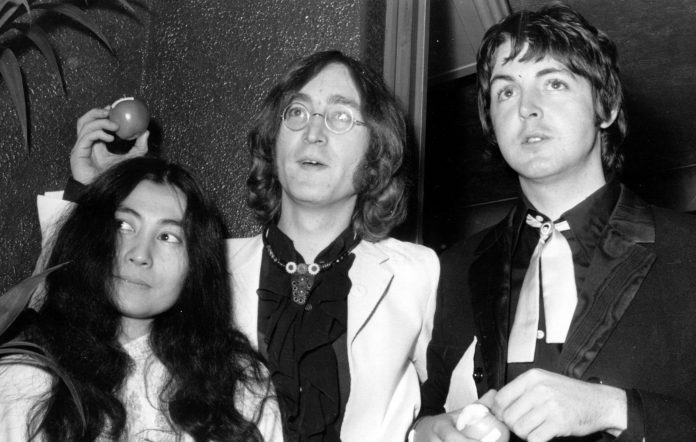 Yoko Ono has shared an article online which says the new Peter Jackson Beatles documentary, Get Back, dispels rumours that she broke up the group.

READ MORE: ‘The Beatles: Get Back’ documentary: what you need to know before watching

On Saturday (November 27), Ono shared an article titled “Beatles Fans Think ‘Get Back’ Dispels The Idea That Yoko Ono Broke The Band Up” on Twitter, where she has 4.6 million followers.

The director’s three-part film charts the making of the band’s penultimate studio album ‘Let It Be’, and shows their final concert on London’s Savile Row rooftop in its entirety.

The archive footage in Jackson’s documentary shows Ono apart from The Beatles during the recording sessions for ‘Let It Be’ and busying herself with her own tasks, contrary to reports that she was involved while they were making the album.

Ono has been blamed for breaking up of The Beatles since the group called it quits in 1969.

Peter Jackson also revealed this week that Disney wanted to remove all swearing from his The Beatles: Get Back documentary, but were convinced otherwise by Ringo Starr and Paul McCartney.

Speaking to NME, Jackson recalled Starr and McCartney’s first reactions to the documentary, who, to the director’s surprise, didn’t ask for any changes to be made.

“When they got to see the finished thing, I was expecting notes,” Jackson said. “It would’ve just been normal to get a note saying: ‘Oh, that bit where I say that – could you cut that out?’ Or ‘could you shorten the conversation there?’ And I didn’t get a single note. Not one request to do anything.

“One of them said that they watched it and found it one of the most stressful experiences of their entire life. ‘But I’m not gonna give you any notes.’”

Jackson described how the “truthful” aspect was very important to the band, who, along with George Harrison’s former wife Olivia, refuted suggested changes by Disney to remove all the swearing.

“Paul describes it as being very raw,” Jackson added. “He said to me: ‘That is a very accurate portrayal of how we were then.’ Ringo said: ‘It’s truthful.’ The truthfulness of it is important to them. They don’t want a whitewash. They don’t want it to be sanitised.

In NME’s five-star review, The Beatles: Get Back is described as a “long and winding but utterly unmissable epic” which succeeds because of its “lax editorial policy”.

The Beatles: Get Back is available to stream on Disney+ in the UK.