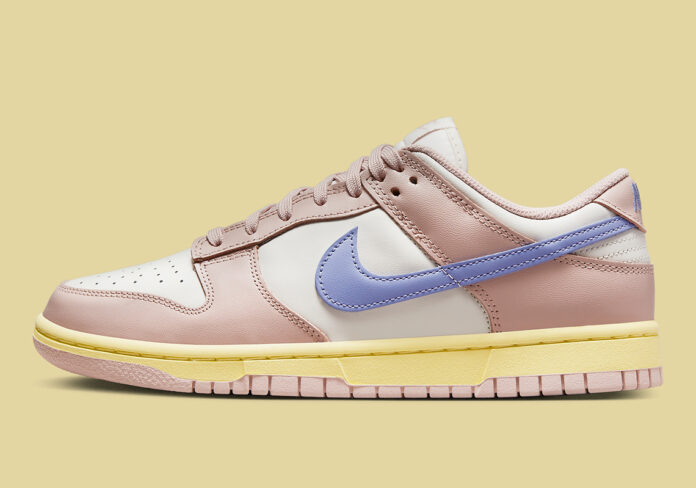 The Nike Dunk Low‘s meteoric rise has gradually begun to plateau, as the silhouette sees frequent releases and restocks throughout the year. And here, yet another new colorway is slated to hit shelves, doing so with yellowed midsole and a series of Summer-appropriate colors.

First, “Phantom” dresses the base, coloring in the toe, mid-panel, tongue, and collar. “Light Thistle” accents are then laid atop, highlighting not only the Swoosh but also the “Nike” embroidery threaded onto the heel. The titular “Pink Oxford” then rounds out the construction, paralleling the above-mentioned yellowing by way of the tread and overlays.

For a closer look at this simple yet colorful take on the Dunk Low, see the official images below. Currently, no release date has been confirmed, so sit tight as we await updates.

In other news, a Joe Freshgoods Vans Collab is in the works.