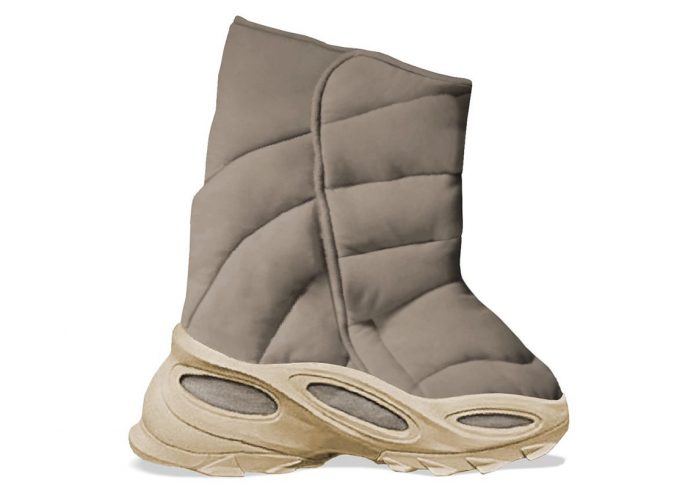 The Yeezy line-up, alongside its creator, has become progressively more eccentric. And come this November, we’re to see a brand new silhouette that’s worlds apart from the 350 v2, 700, and Foam Runner. Feast your eyes on the YZY NSLTD BT, a winter-ready kit that’s presented here in a simple “Khaki” colorway.

As its look is already indicative of, the model’s namesake translates to “YEEZY INSULATED BOOT.” The upper shell is reminiscent of a puffer jacket — specifically, the work of Dingyun Zhang, who is well-acquainted with the label. Entirely lace-less, the upper encases the foot with heavy padding, an insulation so thick it creates a rather ambiguous shape that extends far passed the ankle. Elsewhere, the boot is fastened with a velcro strip at the side and cushioned below with a tooling equally imposing in size and aesthetic.

Enjoy an early peek at the pair below and sit tight as we await its release in November at an expected retail of $250 USD.

In other news, the Yeezy Slide Ochre is landing in December.