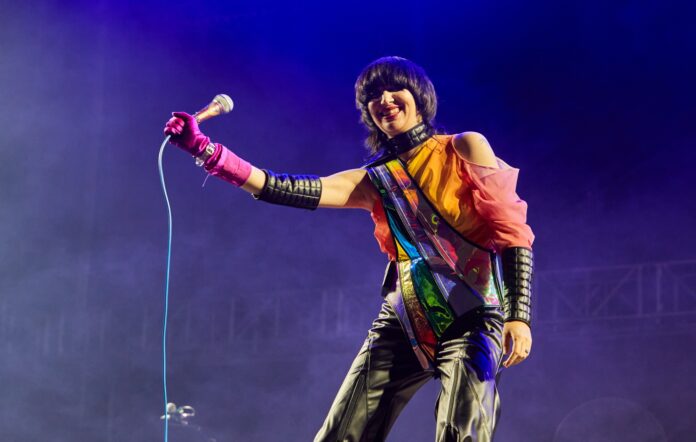 Yeah Yeah Yeahs have been announced as the musical guest on Saturday Night Live next month.

The band will perform on the NBC programme on the December 17 episode, hosted by Elvis star Austin Butler.

It is the first time Yeah Yeah Yeahs have performed on SNL since 2009. Their forthcoming appearance will follow Brandi Carlile’s performance on December 10 and SZA‘s this Saturday (December 3).

Willow, Megan Thee Stallion, Jack Harlow and Steve Lacy have since performed on the show.

Of the Allie Avital-directed video, which sees Lower star as a woman who enters the woods and descends further and further into madness, Karen O said in a statement: “It was our great fortune to collaborate with the powerhouses Allie and Brit on this video for ‘Wolf’.

“Allie casts a spell with the gorgeous world she weaves- always with teeth that bite, and Britt embodies all the contradictions in the themes of ‘Wolf,’ so enamoured with her performance that’s got as much heaven as it does hell.”

She added: “We were beside ourselves with excitement when Allie cast Brit as the lead in the video, YYYs are serious nerds for Severance, what luck when the stars align.”

Their recent album ‘Cool It Down’ arrived on September 30 via Secretly Canadian. The album earned four stars from NME, with the review calling it “a creative testament to how refreshing it can be for bands to look forward instead of backwards”.