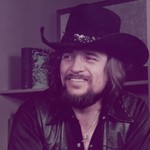 The Waylon Jennings estate has inked a deal with WME to manage the country icon’s posthumous career.

“WME Legends is proud to be working with Jessi Colter, Shooter Jennings and the Waylon Jennings estate. Waylon is considered the most important force in country’s Outlaw movement – not only creatively but also for the business standard he set for other artists to strive for in their musical freedom,” Phil Sandhaus, head of WME Legends, tells Billboard.

“The WME Legends team looks forward to working with the family to holistically manage Waylon’s name, image, likeness, life and IP rights and assets worldwide to grow his legacy with a new generation.”

Jennings died in 2002, a year after being inducted into the Country Music Hall of Fame. During his 40-year career, he scored approximately 70 top 40 hits on Billboard’s country charts, including such monumental classics as “Rainy Day Woman,” “Luckenbach, Texas,” “Amanda,” “Theme from the Dukes of Hazzard (Good Ol’ Boys)” and countless others.

Wanted! The Outlaws, featuring Jennings, Willie Nelson, Tompall Glaser and Colter, and the 1976 release became the first country album to be certified platinum.

Jennings and Nelson, who duetted on the iconic “Good-Hearted Woman” and “Mammas Don’t Let Your Babies Grow Up to Be Cowboys,” among others, were also part of The Highwaymen, a ‘80s country supergroup that featured Kris Kristofferson and Johnny Cash.