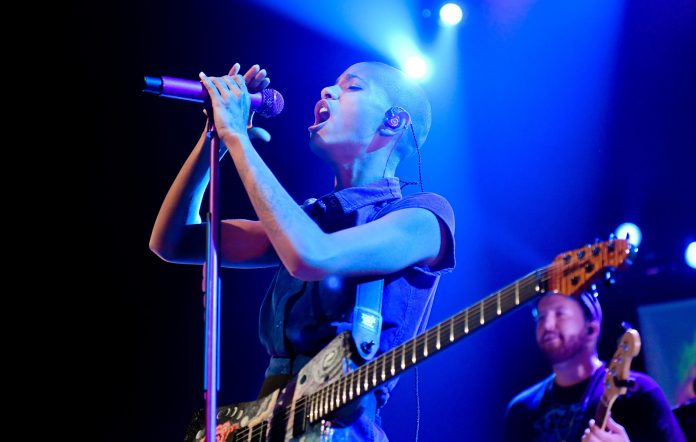 Willow Smith has announced a one-off UK headline show for this winter – see all the details below.

READ MORE: The musical evolution of Willow Smith: how a child star became a pop sensation

The Los Angeles artist will take to the stage at the Electric Ballroom in Camden, London on December 9. Tickets go on general sale here at 9:30am BST this Friday (October 29).

Smith will perform in the capital in support of her latest album, ‘lately i feel EVERYTHING’, which came out back in July. She concluded a string of US tour dates in Atlanta, Georgia last Tuesday (October 19).

Next year, the singer will open for Billie Eilish at a number of US shows on her ‘Happier Than Ever’ world tour. Both artists appeared at Las Vegas’ Life Is Beautiful festival last month.

Last week Willow Smith shared the official video for ‘Grow’, her recent collaboration with Avril Lavigne and Travis Barker. Directed by Dana Trippe, the visuals see Smith and Lavigne tower above city skyscrapers and perform the pop-punk single in a car park.

In a four-star review of ‘lately i feel Everything’, NME wrote: “With [this album], the child star-turned-music-innovator sends a fond farewell to adolescence. It was a risky move, switching from conscious R&B star to grungy punk beau, but Willow has knocked all doubts out of the park – again.”

Over the summer, Willow Smith opened up about her “very fragile” mental health. Explaining that many of her painful memories from early live appearances had “just been resurfacing”, she pinpointed a performance on The Jimmy Fallon Show as a particularly triggering moment.