HomeMusicWhy Adele’s ‘Easy on Me’ Is One of the Biggest Hot 100...
Music 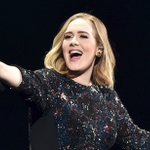 As Adele makes her grand return to the music scene with “Easy on Me,” the new single unsurprisingly rockets to the No. 1 spot on the Billboard Hot 100 (dated Oct. 23, 2021). But its success doesn’t just lead the competition, it laps them all. The long-awaited song not only shoots to the top, but it lands there comfortably with a cushion of more than twice as many Hot 100 chart points as its closest competitor, the current No. 2 “Stay” by The Kid LAROI and Justin Bieber. “Easy on Me” is the 24th song in the last 30 years that can credibly claim to be at least twice as popular as any other song on the Hot 100 that week.

The massive activity surrounding “Easy on Me,” of course, comes with feverish demand for new material from Adele, who had not released anything since her 2015 LP, 25. Similar to the case of “Easy on Me,” that album’s lead single, “Hello,” also arrived with triumphant fanfare (and makes an appearance on the double-points list as well, below.) For her new work, “Easy on Me” sails in as the week’s most-streamed and most-sold song after its first full tracking week. Radio, too, plays an instrumental role as the song storms in at No. 4 on the Radio Songs chart, the highest debut for any tune since the list expanded from a pop-centric ranking to encompassing every radio format in 1998. Thus, having all three Hot 100 metrics strongly in its corner allows “Easy on Me” its top-dog status among its challengers.

Before we reveal the full list, here’s the fine print: The Hot 100 ranks the most popular songs of the week in the U.S. based on a blend of streaming, airplay and sales data. The chart, which launched on Aug. 4, 1958, began incorporating Nielsen Music’s (now MRC Data) electronically-measured point-of-sale and radio airplay information on the list dated Nov. 30, 1991. Since that date, only 24 songs have run away with enough sales, airplay and, since 2012, streaming activity to rule with at least a two-to-one points lead. With 356 No. 1s in that span (beginning with P.M. Dawn’s “Set Adrift on Memory Bliss”), just under 7 percent of all leaders have ballooned to such heights.

Unsurprisingly, the list contains enduring megahits such as Whitney Houston’s “I Will Always Love You,” which recorded the first two-to-one points lead. The ballad overran the competition with a lead of at least that size for nine of its 14 weeks at No. 1, the most for song in the past 25-plus years.

Elton John’s “Candle in the Wind 1997″/”Something About the Way You Look Tonight,” meanwhile, claims the biggest ratio lead over a No. 2 song: It debuted at No. 1 on Oct. 11, 1997, with a massive points lead of 17 times the amount of the No. 2 challenger (Boyz II Men’s “4 Seasons of Loneliness”). John scored the most lopsided lead thanks to “Candle,” his tribute to the then-recently deceased Diana, Princess of Wales, selling an MRC Data-era record of 3.4 million physical singles in the corresponding sales week.

“Heartbreaker,” Mariah Carey featuring Jay-Z
One week with 2x points as No. 2: Oct. 9, 1999
Above No. 2 “Smooth” by Santana featuring Rob Thomas

“Hips Don’t Lie,” Shakira featuring Wyclef Jean
One week with 2x points as No. 2: June 17, 2006
Above No. 2 “Ridin” by Chamillionaire featuring Krayzie Bone

“WAP,” Cardi B featuring Megan Thee Stallion
One week with 2x points as No. 2: “Rockstar” by DaBaby featuring Roddy Ricch