When We Were Young festival promoters address safety concerns 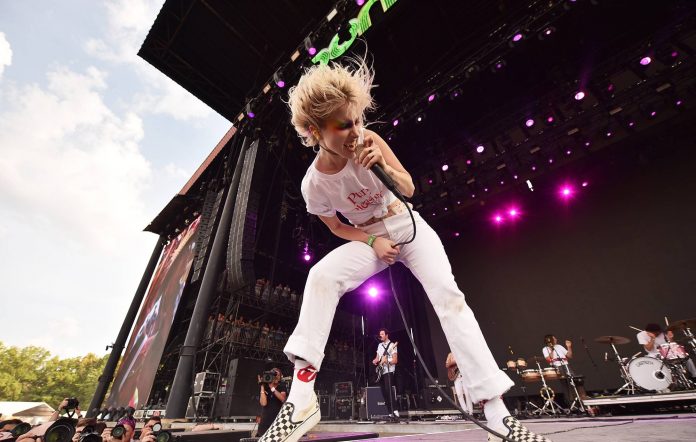 Live Nation, the company behind the When We Were Young festival, has released a statement addressing safety concerns following the Astroworld tragedy.

Announced earlier this week, When We Were Young will be headlined by My Chemical Romance and Paramore, with fellow ’00s emo acts like Avril Lavigne, Jimmy Eat World and pop-punk revivalists Meet Me @ The Altar also playing.

The first date sold out instantly, as did the second. However, fans have taken to Twitter to voice their concerns after realising Live Nation were also behind Travis Scott’s Astroworld, where 10 people tragically lost their lives during a crowd crush and hundreds more were injured.

The company has been named in a number of the nearly-300 suits filed in Harris County but in December, Live Nation and its subsidiary ScoreMore, Astroworld’s promoters, denied in filed documents all the allegations against them.

“The safety of fans, artists and staff is thoroughly planned for among event organisers and in coordination with local authorities,” Live Nation wrote in a statement in response to concerns about When We Were Young.

We are incredibly humbled by the support of this community. When we began working on this concept we had no idea it would get this big. We are working hard to make this the best event possible for everyone. We are officially Sold Out. Join the Waitlist. Link in bio pic.twitter.com/Q0N4Ce3bv3

“We have seen a lot of excitement around this festival and we look forward to putting on an incredible event for all of the fans this October. We encourage fans to check the festival website and socials for all of the latest updates.”

They add that the chosen venue for the festival, the Las Vegas Festival Grounds, “is a large event space that has held multiple other large scale events and festivals in the past”. Live Nation itself is also behind Reading & Leeds, Download and Bonnaroo festivals.

When We Were Young takes place October 22 and 23.

There’s also been some speculation that it will be impossible for all of the 65 bands on the When We Were Young line-up to play within the 13-hour timeframe of the festival.

“Set times will vary with earlier bands having shorter sets and the headliners having the longest. For many festivals it is typical for earlier acts to have 20-30 minutes, while headliners often perform longer, closer to 45 to 60 minutes or more,” explained Live Nation.

And according to the FAQs: “There will be multiple stages of varying sizes placed around the festival grounds with several bands performing at the same time. Full lineup details including set times and performances by stage will be released closer to the festival.”

The post When We Were Young festival promoters address safety concerns appeared first on NME.