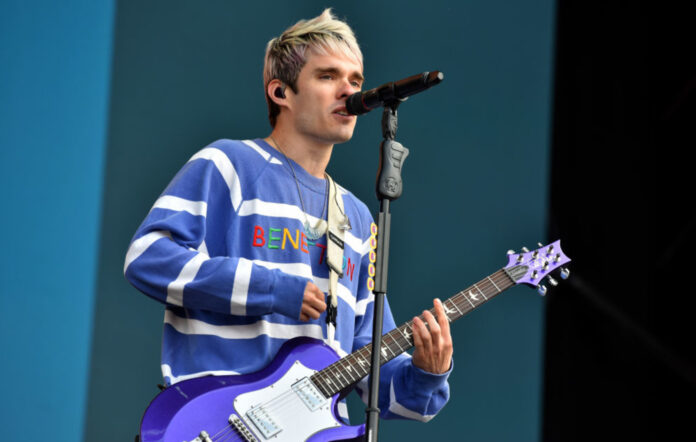 Waterparks are back with their first new music in almost a year, dropping the infectious single ‘FUNERAL GREY’ – listen below.

The Texas trio have been teasing their return since the beginning of the year. In February, they shared an update on their fifth studio album, the follow-up to last year’s ‘Greatest Hits’, teasing that it was “80 per cent done”.

They then teased that if ‘Greatest Hits’ was “an indoor nighttime album”, the new record would be “an outdoor daytime album”. They also hinted at an imminent single release, writing in a note: “Probably need to let you hear something soon huh?”

Waterparks – comprising Awsten Knight, Geoff Wigington and Otto Wood – have signed with Fueled By Ramen, following their departure from 300 Entertainment; ‘FUNERAL GREY’ is their first track for the iconic alternative label.

“And then she walked away/ I didn’t get her name/ I can’t explain the look on her face/ She wore a sweater in summer weather, yeah,” Knight sings on the bouncy, guitar-led track.

‘FUNERAL GREY’ comes with a video directed by Knight and Erik Rojas. You can check it out below:

Speaking to NME at Reading Festival last year, Knight revealed that there are some collaborative tracks sitting in the Waterparks vault.

Texas rapper De’Wayne previously featured on their 2021 single ‘You’d Be Paranoid Too (If Everyone Was Out To Get You)’, and Aswten told NME that this wasn’t the only song they worked on. “I’ve got a few things with De’Wayne”, explaining that the duo worked on songs remotely during the coronavirus lockdown.

“There was one song we did where we just went back and forth a lot and it’s really cool, so maybe that one will come out at some point, somehow.”

He also told NME that the pop-punk band had loads of demos leftover from ‘Greatest Hits’.

“There are by far more demos for ‘Greatest Hits’ than any other album [we’ve written], there are 108,” he said. “Maybe we’ll pull one or two… Maybe I’ll leak stuff if I’m in that mood. I get in that mood sometimes where I’m antsy and I’m like, ‘Got to do something… go!’”

Meanwhile, Waterparks recently changed the song title to one of their tracks to match a fan’s misspelt tattoo.