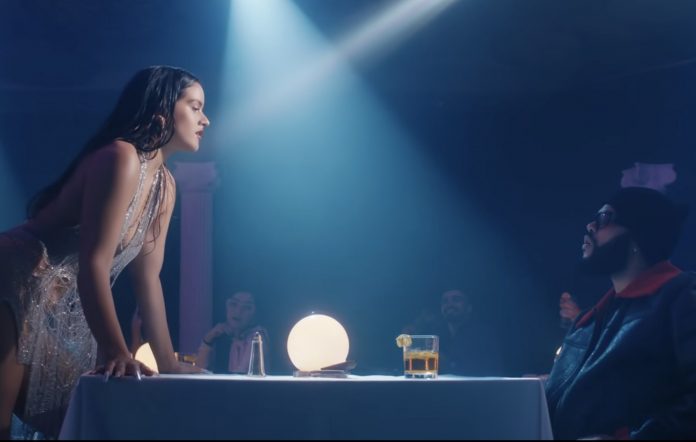 Rosalía has shared a new video for her latest single ‘La Fama’ featuring The Weeknd – you can watch it below.

READ MORE: If you haven’t listened to Rosalia – or seen her live – you need to. ASAP.

The powerful and cautionary track, which was first teased earlier this week, is the first official single to be taken from the Spanish artist’s much anticipated forthcoming new album ‘Motomami’.

‘La Fama’ finds Rosalía and The Weeknd singing to each other in Spanish about how charming and seductive fame can be, making her a dangerous and shallow lover.

“I wanted to write, in my own way, a bachata with a little story around ambition,” Rosalía said in a statement. “Taking as a reference the lyrics of Ruben Blades or Patti Smith and the songs of Aventura, I ended up writing a story of romance with fame.”

The track arrives with a captivating new video, directed by Director X and starring Danny Trejo, in which Rosalía portrays the star and queen bee of a glamorous yet slightly seedy dinner theatre club. Catching the eye of The Weeknd, what starts off as a flirtatious interaction, ends up being fateful for the ‘Blinding Lights’ singer.

Watch the ‘La Fama’ video below:

‘La Fama’ isn’t the first time the pair have worked together. Last year, Rosalía featured on a remix of The Weeknd’s smash hit ‘Blinding Lights’.

‘Motomami’ was announced last week (November 3) and the singer shared a teaser of a track that she repeated the album’s title on.

She first spoke about the new album – the follow up to 2018’s ‘El Mal Querer’ – last year, telling Variety in December that she was “closing the cycle of these recording” and was “really happy with” the songs.

Since the release of ‘El Mal Querer’, Rosalía has collaborated with the likes of Travis Scott, Billie Eilish, Bad Bunny, Arca and Oneohtrix Point Never. She has also appeared on an album of music inspired by Game Of Thrones.

In September, the Spanish star took home the 2021 MTV Video Music Award for Best Latin Video. She collected the trophy for her Eilish collaboration, ‘Lo Vas A Olvidar’.