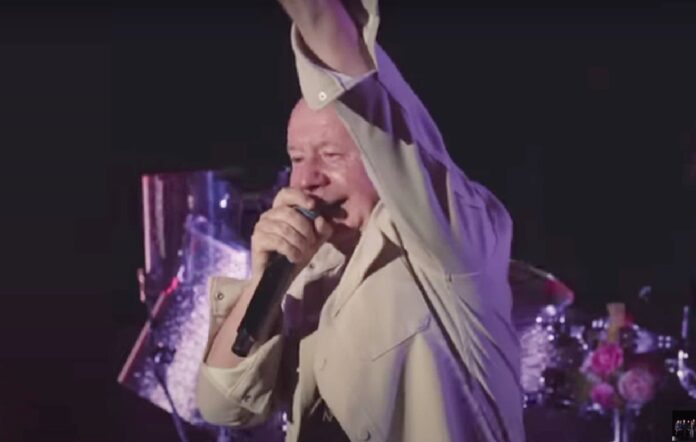 Simple Minds have shared a new video for their recent single ‘Vision Thing’.

The clip, which you can view below, is interspersed with live pictures of the band recently performing at the Ancient Theatre Taormina in Sicily.

It is the first track to be lifted from their forthcoming eighteenth studio album ‘Direction Of The Heart’.

The song is described as a tribute to frontman Jim Kerr’s “best pal” – his late father who passed away in 2019.

It is ‘Direction Of The Heart”s opener and is followed by eight new tracks, which were all recorded at Hamburg’s Chameleon Studios. ‘Human Traffic’ features a guest appearance from Sparks’ frontman Russell Mael, and elsewhere the album includes a cover of The Call’s 1983 single ‘The Walls Came Down’.

‘Direction Of The Heart’ is the follow-up to 2018’s ‘Walk Between Worlds’ and is out on October 21. You can see the full tracklisting below and pre-order the album here.

Speaking about the new album recently, Kerr said: “How to make a feel-good ‘Electro-rock’ record, during the very worst of times? ‘Direction Of The Heart’ is the result of that challenge. Who would have thought we’d have so much fun creating it?”

The band are celebrating their 40th anniversary, currently playing dates in Europe. The tour finishes up with two dates at Edinburgh’s Princess Street Gardens this week. Buy any remaining tickets here.

BBC Radio 2 also announced that the band would be headlining the first night of Radio 2’s 30,000-capacity Live In Leeds concert on September 17. Find out more and buy tickets here.