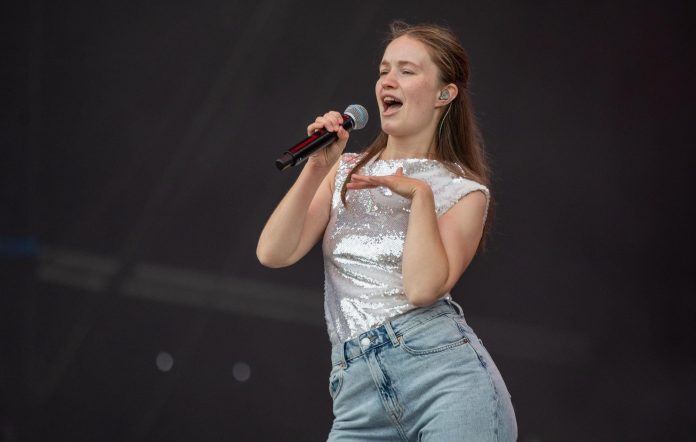 READ MORE: Sigrid – “There’s a part of me that comes out when I play live – it’s my superpower”

The Norwegian pop star, who is readying the release of her second album, enlisted the band to perform the song live on the German talk show, which is hosted by Jan Böhmermann.

Although the recording of the single is already packed with bold guitars, beats and strings, RTO Ehrenfeld helped bring the song further to life on the show broadcast last week.

In other news, Sigrid spoke recently about the huge influence that Nirvana’s 1991 album ‘Nevermind’ had on her.

“‘Smells Like Teen Spirit’ was the first song I ever covered when I was in seventh grade,” Sigrid told NME. “Growing up, my brother was a huge rock fan and I listened to everything that my siblings were listening to. I was very shy growing up – I was the little girl playing piano.

“For one school play, I played ‘Smells Like Teen Spirit’ with a backing band of my classmates and everyone was shocked, like, ‘Where did that come from?’ It was great. I think that playing that rock song in front of 20 kids at school gave me a new confidence. From then on, I wasn’t just that piano girl. I showed another energy that I had.”

Sigrid has also been confirmed to play next year’s TRNSMT festival.