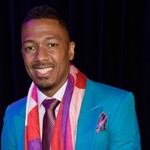 Nick Cannon is playing coy about who is his favorite mother of his seven children. In an interview with Andy Cohen, published to his YouTube channel on Wednesday (Nov. 10), Cannon flipped the switch and allowed Cohen to ask him some pressing questions, which saw the Bravo host going for the controversial in their game of Plead the Fifth.

“Who is your favorite baby mama?” Cohen asked, which led to the crowd erupt is sounds of disapproval at the question and chanting ‘plead the fifth.’

Cannon, not intimidated by the questions, replied, “I got this. I ain’t scared of you, Andy. My favorite baby mama is the next one, because some of my past baby mamas could still be my next one. That’s all I’m saying!”

Earlier in the segment, Cohen also asked Cannon if he has slid into anyone’s DMs on social media. Cannon insisted that he hasn’t because he isn’t the most knowledgeable about social media, and referenced his recent Twitter faux pas with Saweetie last week. “I made a comment with some emojis on Saweetie’s comment where she said ‘I want babies’ and the whole world came after me, so I’m not good on the Internet with trying to talk to people,” he said.