Watch Måneskin play ‘Beggin” for their US TV debut on ‘Fallon’ 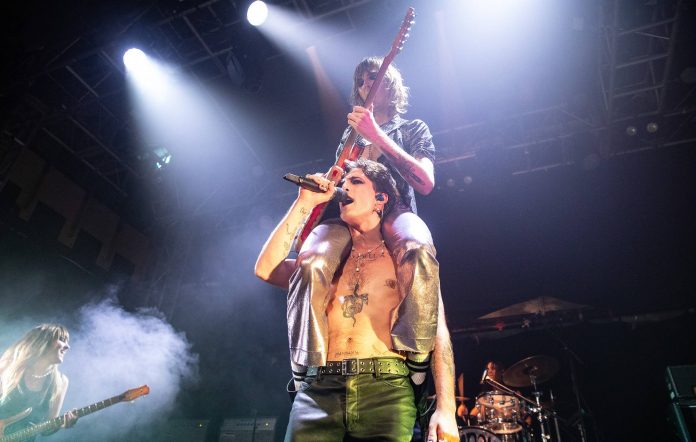 Måneskin made their US network television debut last night (October 26) – watch their fiery performance of ‘Beggin” on The Tonight Show With Jimmy Fallon below.

The Italian four-piece, who were victorious in this year’s Eurovision Song Contest back in May with their track ‘Zitti e buoni’, also performed recent single ‘MAMMAMIA’ in the studio, a performance that is available to watch online but wasn’t broadcast during the show.

Watch Måneskin’s performances of ‘Beggin” and ‘MAMMAMIA’ below:

Giving the gig a five-star review, NME wrote: “Naysayers will try to brush them off as a novelty act, but Måneskin are no joke. They’re not a pastiche of former rock’n’roll glories, they’re living it.

“They’ve far more in common with Iggy & The Stooges than they do with The Darkness, and appear more the sort to worship at the altar of Placebo and read from the Velvet Goldmine playbook than riffing of Steel Panther’s tired japes. It’s douze points from us. Wham, bam, thank you Måneskin.”

The band will head out on a UK and European tour in 2022, which has sold out. You can check out the dates below.

The post Watch Måneskin play ‘Beggin” for their US TV debut on ‘Fallon’ appeared first on NME.