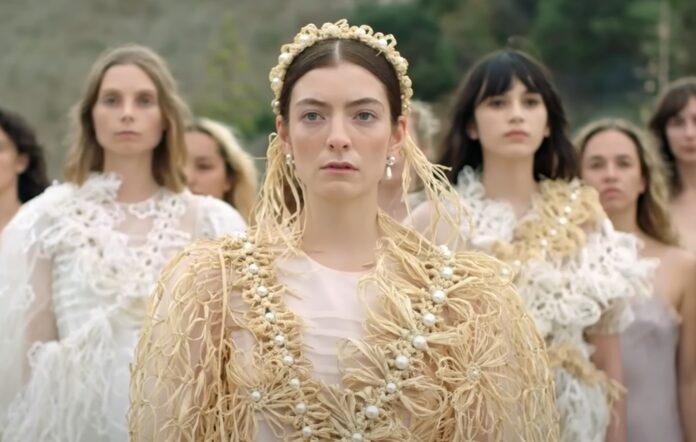 Lorde has returned with a serene new music video for her ‘Solar Power’ cut ‘Oceanic Feeling’, one year on from the album’s release.

READ MORE: Lorde: “I feel like I can see my world and myself a lot clearer now”

The singer made a rare appearance on her Instagram stories to announce the video, which was released earlier today (August 20). She said the clip — directed by herself and Joel Kefali — is the last video to come from ‘Solar Power’, following previously released clips for ‘Mood Ring’, ‘The Path’, ‘Fallen Fruit’, ‘Secrets From A Girl (Who’s Seen It All)’, ‘Leader Of A New Regime’ and the record’s title track.

The video for ‘Oceanic Feeling’ is another nostalgic, summer-tinged visualiser, featuring Lorde and her brother against a backdrop of shimmering blue seas. Watch it below.

NME gave Lorde’s ‘Solar Power’ five stars in a review last year, calling it “a dazzling hat-trick from a master of her craft.”

“This is an album that grows in quiet stature with every listen, new nuggets of wisdom making their way to the surface, peeking through its beautiful instrumentation that weaves a stunning, leafy tapestry,” wrote NME‘s Rhian Daly.

“Few artists strike gold on every record they create but, for the third time in a row, Lorde has done it again, crafting yet another world-beater.”

Speaking to NME about the album following its release, Lorde (real name Ella Yelich-O’Connor), reflected on how removing herself from social media and online culture had shaped its creation.

“I guess that was part of why I stepped back from consuming the internet in a really consistent way – I wanted to know what I would make when I wasn’t dialled into what everyone else was making,” she said. “I honestly don’t think I could have achieved this if I tried four years ago, just because [I was in] the whirlpool.”

The singer has played a number of summer festivals recently, including Primavera Sound (where she covered Banarama’s ‘Cruel Summer’) and Glastonbury, where she was joined by Arlo Parks and Clairo for ‘Stoned At The Nail Salon’.