HomeNewsWatch Lizzo and Oprah belt out Adele’s ‘Hello’ during ‘One Night Only’...
News 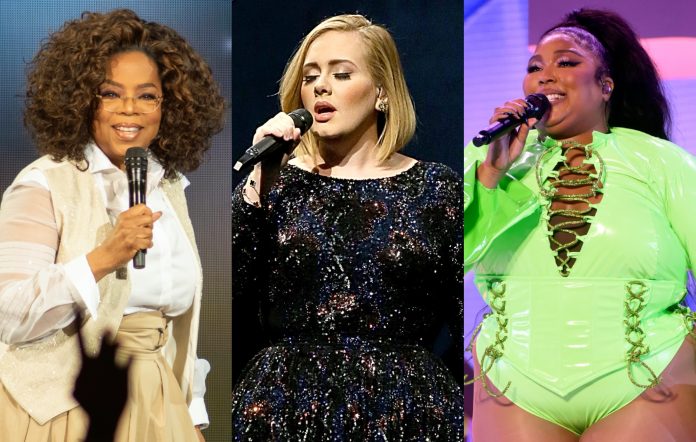 Lizzo has shared footage of herself and Oprah Winfrey belting out Adele‘s ‘Hello’ during the taping of Adele: One Night Only – tune in below.

Airing on Sunday night (November 14), the two-hour CBS special saw Adele debut three new ’30’ tracks – ‘I Drink Wine’, ‘Hold On’ and ‘Love Is A Game’ – while also performing her comeback single ‘Easy On Me’ alongside classic hits.

Elsewhere, the singer participated in an in-depth interview in Winfrey’s rose garden where she opened up about her divorce, being “objectified”, suffering “terrifying anxiety attacks” and more.

Winfrey has since posted footage of herself and Lizzo singing along in the audience at the Griffith Observatory in Los Angeles, California. “Adele had us at hello! Lizzo what concert are we going to next?!” she captioned the clip, which sees the pair singing their hearts out to 2015’s ‘Hello’.

The ‘Juice’ singer then retweeted the video, writing: “ADELE BETTA SING THAT SONG.” Check out the post below.

Adele: One Night Only is set to be followed by a UK TV special, An Audience With Adele, this Sunday (November 21) on ITV. Filmed at the London Palladium, the programme will see Adele perform in front of her “own personal heroes and heroines, fellow musicians, artists, actors, sportsmen, sportswomen and more”.

The star will showcase the record at two huge shows in London’s Hyde Park next summer, marking her first UK headline dates since 2017. Tickets for both British Summer Time events have now sold out.

The post Watch Lizzo and Oprah belt out Adele’s ‘Hello’ during ‘One Night Only’ show appeared first on NME.