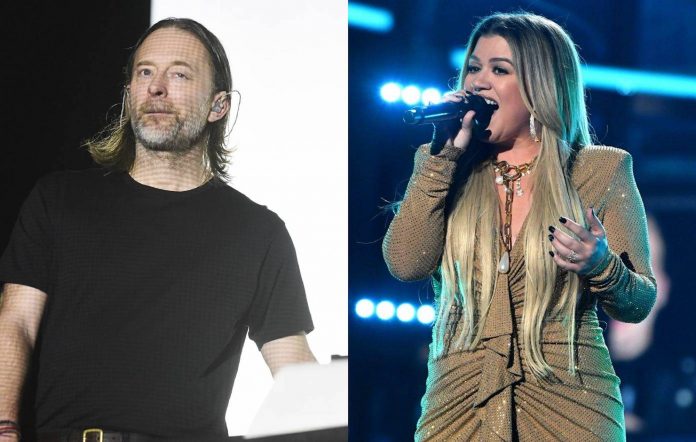 Kelly Clarkson has covered Radiohead on her own TV show – watch her passionate rendition of ‘Karma Police’ below.

The cover came as part of the ‘Kellyoke’ section of Clarkson’s show The Kelly Clarkson Show, which has recently seen her take on versions of tracks by The Weeknd, Depeche Mode and more.

Backed by a live band, Clarkson belted out an impassioned and emotional cover of the ‘OK Computer’ track that also stays largely true to its original recording.

Watch the cover below:

Last month, Clarkson delivered a live cover of Depeche Mode’s ‘Enjoy The Silence’ on the show’s ‘Kellyoke’ segment with her band Y’all, while last week she took on a rendition of The Weeknd’s 2018 track ‘Call Out By Name’.

Earlier this month, Clarkson also teamed up with Ariana Grande on a new Christmas song, ‘Santa, Can’t You Hear Me‘, which featured her new holiday album, ‘When Christmas Comes Around’.

Radiohead, meanwhile, are set to release new album ‘KID A MNESIA’ next week (November 5), a special triple album reissue marking the 21st anniversary of ‘Kid A’ and ‘Amnesiac’.

Last month, the band shared the official music video for their recently released rarity ‘If You Say The Word’.