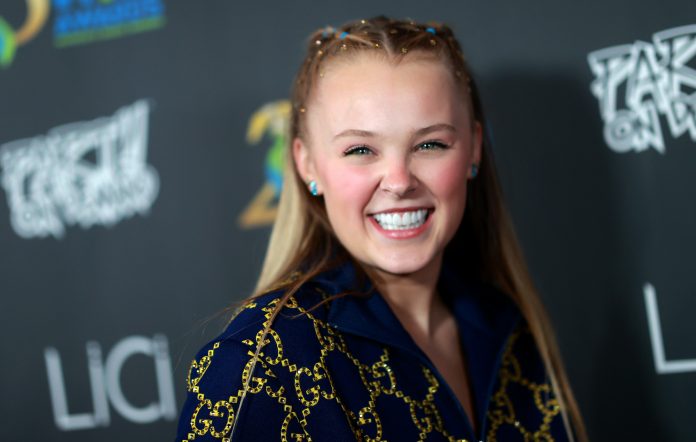 JoJo Siwa toasted Halloween this week by dressing up as iconic horror character Pennywise for her latest performance on Dancing With The Stars.

READ MORE: Hyperactive influencer/dancer/pop star JoJo Siwa will terrify you – unless you’re born after about 2005

The influencer and pop star is currently a contestant on the long-running TV series, a US counterpart to the BBC‘s Strictly Come Dancing.

On yesterday’s (October 25) edition of the show, Dancing With The Stars held Horror Night, Siwa and her partner Jenna Johnson performed a jazz dance to the track ‘Anything Goes’ by District 78.

“That was scary,” DWTS and former Strictly judge Len Goodman said. “If ever a dance captured the flavour of a book, that was it.”

Earlier this year, DaBaby denied that he was taking a shot at dancer and YouTube personality Siwa on a recent track.

Back in February, the North Carolina rapper released a new freestyle called ‘Beatbox’, featuring the lyrics: “Turn me up, n****s gon’ see why/ N***a, you a bitch, JoJo Siwa (Bitch).”

Following the track’s release, fans took to social media to discuss the lyrics, with many believing he was comparing his opposition to 17-year-old Siwa.

DaBaby has now clarified that the lyric was not a diss, stating that his daughter is a big fan of the dancer and has all the products she’s released.

“@itsjojosiwa my 3 year old princess is your number 1 fan. I bought her every product you have out,” he tweeted. “She think she you. Don’t let em trick you into thinking id ever have a problem with you. My word play just went over their heads. All love on my end shawty, Keep shinning!”

The post Watch JoJo Siwa dress up as Pennywise on ‘Dancing With The Stars’ appeared first on NME.