HomeNewsWatch Freddie Gibbs get shafted by the “club code” in axed ‘Saturday...
News 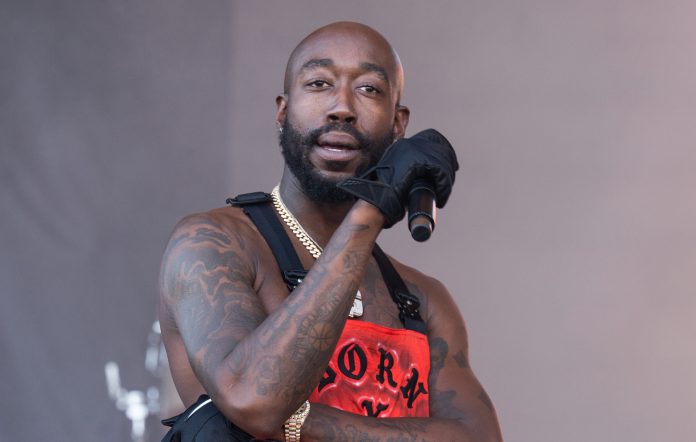 Freddie Gibbs has appeared in a new Saturday Night Live sketch, which was cut from last week’s episode due to time.

The pre-recorded skit stars Gibbs as himself, rapping alongside the newly signed “Lil T” (played by Chris Redd) and his entourage, flanked by right-hand man Mac Whitney (SNL heavyweight Kenan Thompson) and girlfriend Boo Boo (West Side Story star Ariana DeBose). It follows T as he celebrates his new record deal by splurging on bottle service at a lavish nightclub, before panicking when he sees the extent of his crew’s spending.

Appearing around halfway through the skit, Gibbs raps: “Okay Lil T, you up in the big leagues / See you spending big Gs like your boy, Freddie G / Youngins making money is something I like to see / Send him one big bottle of Ace, it’s on me.”

Take a look at the ‘All On Me’ skit below:

Bleachers appeared as the musical guest  on last weeks SNL, filling in for Roddy Ricch after he was exposed to COVID-19 a few days beforehand. It’s unknown at this time if the show’s producers plan to reschedule Ricch’s performance for another episode.

Gibbs is currently gearing up to release his fifth album as a solo artist, ‘Soul Sold Separately’. The album is yet to receive a concrete release date, though it’s expected to land sometime in 2022. Most recently, he and Jadakiss teamed up for the collaborative single ‘Black Illuminati’.

The same month, Gibbs announced a trio of UK and Ireland shows set to take place in spring 2022. He’ll perform at Manchester Academy 2, London’s Roundhouse and Dublin’s Vicar Street, preceded by a short run in Europe with dates scheduled in Berlin, Amsterdam, Brussels and Paris.