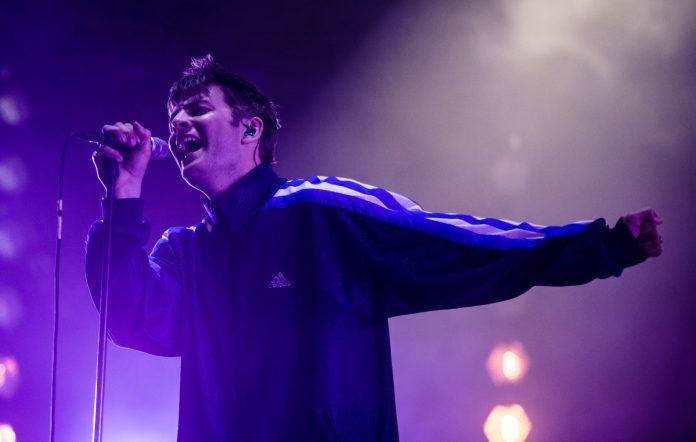 The gig at the 10,000 capacity north London venue capped off the Dublin band’s latest tour, which kicked off at Liverpool’s De Mountford Hall on October 2.

READ MORE: Fontaines D.C. on covering the Velvet Underground at Abbey Road and their “poppy” yet “extremely dark” third album

During last night’s show, the band performed the brand new song, with frontman Grian Chatten singing on the track: “I love you, imagine a world without you? It’s only ever you, I only think of you.”

After floating by over chiming guitars, towards the end, the song transformed into a more driving section, accompanied by urgent vocals from Chatten. Watch fan-shot footage below now.

Fontaines’ latest tour was originally due to take place in May, but they were forced to postpone the dates due to COVID-19 restrictions and concerns. The run of shows will continue in Europe next year, with the band restarting the tour in Madrid on March 20, 2022.

Earlier this year, the group confirmed that they had finished mixing their third album. Bassist Conor Deegan revealed the news in a Reddit AMA in March, promising fans: “It’s a good one”.

“We just finished mixing the next record last week, sounding really great,” he wrote. “It’s funny because we were so swept up with touring when we were writing a hero’s death, I think we only got a sense of what that record really is now.

“But with this one, we were really well rested and present mentally for writing it, so the music really reflects that. Can’t wait to put it out, it’s a good one.”

Speaking to NME in September, Deegan said the record would be released early next year. “We all thought the songs were quite poppy,” he said of what the songs sound like. “We thought we’d got this sound that was finally the sound that we wanted to get across the songs, which we thought was quite poppy.

“We showed them to our manager, and he said, ‘Lads, this is the darkest shit you’ve ever written!’ And we were like, ‘What? What are you talking about? This bass melody is catchy, this vocal melody is catchy’. He was just like, ‘No, this is extremely dark’. So there you go!”