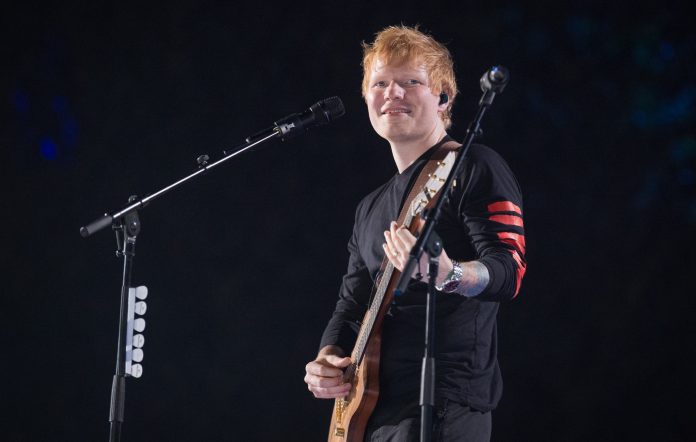 Ed Sheeran performed a new track called ‘Overpass Graffiti’ during his debut appearance on NPR’s Tiny Desk – tune in below.

READ MORE: Ed Sheeran’s ‘Bad Habits’ is an on-trend bop from one of the savviest men in pop

The singer-songwriter played the upcoming ‘=’ song as well as previous singles ‘Bad Habits’, ‘Visiting Hours’ and ‘Shivers’. Joined by a group of session musicians, he also offered up a choir-assisted cover of ‘Make It Rain’ by Foy Vance.

“Hello Tiny Desk, I’m Ed Sheeran,” he said after the first track, adding that he’d “always wanted to” appear on the series. “This is a wonderful band that are playing with me today; Adam Blackstone put this together.”

Sheeran performed ‘Overpass Graffiti’ at an intimate Coventry show in August, where he also treated fans to a live airing of the forthcoming ‘First Times’.

The singer is set to release his fourth album – the follow-up to 2017’s ‘÷’ – this coming Friday (October 29). He’ll head out on his ‘+ – = ÷ x Tour’ (pronounced ‘The Mathematics Tour’) next April, with the stint including four nights at London’s Wembley Stadium.

Sheeran’s manager Stuart Camp recently revealed that the musician already has another record lined up. “The material is there and it won’t be another four-year wait, I can promise you,” he said.

Camp continued: “Ed already knows what the next album is. He’s already got a track-listing for it, and I will get that changed over the next 12 months.”