Watch Coldplay cover PinkPantheress’ ‘Just For Me’ in the Live Lounge 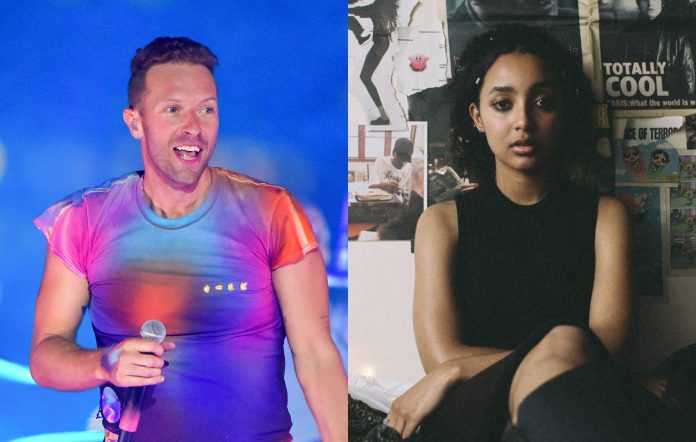 Coldplay have covered PinkPantheress in the Radio 1 Live Lounge – check out their delicate version of ‘Just For Me’ below.

READ MORE: PinkPantheress – ‘To hell with it’ review: lightning-speed debut is among year’s best

The track appears on the rising producer’s recent debut mixtape ‘To Hell With It’, which came out earlier this month (October 15).

Discussing the band’s decision to cover the track in the Live Lounge, Coldplay frontman Chris Martin said: “I was finding out about PinkPantheress and she’s so great and talented and wonderful.”

“This is the type of mixtape to go back to over and over again,” NME wrote of PinkPantheress’ ‘To Hell With It’ in a five-star review upon its release this month. “Its 16-minute runtime certainly encourages that.

“PinkPantheress unloads these breathless and adventurous songs with a winning confidence that comes only when you outperform everyone’s expectations, especially your own.”

Coldplay meanwhile, have sold more than one million tickets across Europe for their 2022 ‘Music Of The Spheres’ world tour.

The extensive jaunt, which includes six dates at Wembley Stadium, was announced as having an emphasis on environmental sustainability, with measures including cutting direct emissions by 50 per cent compared to the band’s last tour in 2016 and 2017, using 100 per cent renewable energy and having solar installations at every venue.

After the announcement of the tour, PETA (People for the Ethical Treatment of Animals) urged the band to only serve vegan food at the shows in order to further drive down the carbon footprint of the tour.

The post Watch Coldplay cover PinkPantheress’ ‘Just For Me’ in the Live Lounge appeared first on NME.