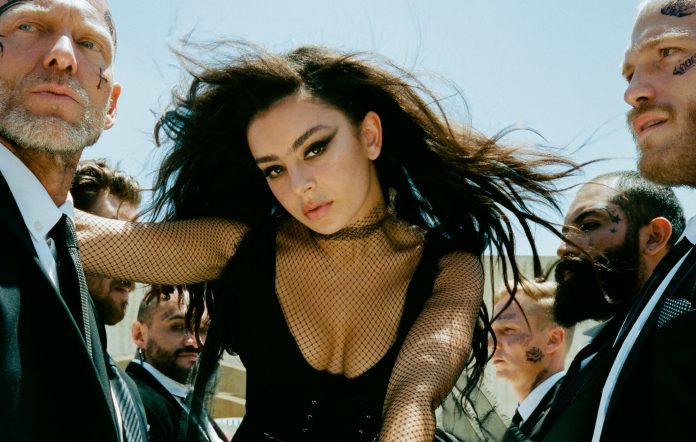 Charli XCX performed her recent single ‘Good Ones’ on US TV last night.

The singer took to the stage on The Tonight Show Starring Jimmy Fallon yesterday evening (October 6) where she brought the track’s “sinister” official video to life.

Set in a dry ice-filled faux graveyard, the clip sees Charli crawl out from beneath her own headstone – engraved with “Charli XCX” – as her live band plays behind. You can check out the video in full below.

“I can’t believe Charli XCX invented Halloween,” said one viewer of the spooky clip. Another wrote: “This was so good from top to bottom, the set is amazing!”

watch me rise from the dead tonight on @FallonTonight don’t u dare miss it pic.twitter.com/zZZBieoPni

tonight.. watch or else @FallonTonight pic.twitter.com/su0L4Ba0Ik

Ahead of the TV appearance, the singer shared an image of herself lying in a coffin. “Watch me rise from the dead tonight on Fallon,” she wrote as the caption. “Don’t u dare miss it.” See that tweet along with some official live shots above.

Arriving last month (September 2), ‘Good Ones’ marked the first new material from Charli since her 2020 lockdown album ‘How I’m Feeling Now’. Upon its release, the artist said that the song signalled a “new chapter” that “embraces all that my life has to offer in today’s world – fame, glamour, inner demons and global hits”.

Last week saw Charli explain that her next full-length record would “make people dance and cry at the same time”, adding: “It’s a vibe.” She previously said that it would be “very contrasting from ‘How I’m Feeling Now’”.

“I’m exploring what it means to be a pop star on a major label in a not very current way,” she told Refinery29. “And that’s really fun to me.”

Charli has also teased what appears to be the album’s release date: March 18, 2022. It was displayed on a ‘Good Ones’ gravestone that had been engraved with the singer’s name and birthday: August 2, 1992.

The post Watch Charli XCX “rise from the dead” in spooky ‘Good Ones’ performance appeared first on NME.