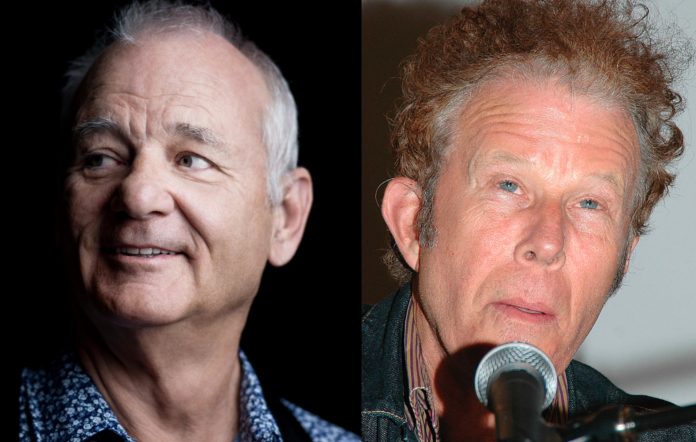 A clip of Bill Murray putting his own spin on Tom Waits‘ ‘The Piano Has Been Drinking’ has been released – you can check it out below.

The legendary actor’s rendition of the 1976 track – the full title of which is ‘The Piano Has Been Drinking (Not Me) (An Evening with Pete King)’ – is taken from his new concert film, New Worlds: The Cradle Of Civilization.

Billed as “a one of a kind performance from one of the most singular actors in history”, the concert, which was filmed at the historic Acropolis in Athens, Greece in June 2018, sees Murray team up with world famous cellist Jan Vogler, violinist Mira Wang and pianist Vanessa Perez for a night of classical music, rock, jazz, poetry and literature.

Directed by Andrew Muscato, the performance in Greece came at the finale of a tour Murray and his collaborators embarked upon – which included a stop at London’s Royal Festival Hall – following their collaboration on the 2017 album ‘New Worlds’.

In addition to his cover of Waits’ ‘Small Change’ song, Murray also reinterpreted songs by Van Morrison, George Gershwin and Leonard Bernstein, as well as classical pieces by Bach and Schubert.

You can watch Murray’s off the wall cover of ‘The Piano Has Been Drinking’ below:

“I rode the perfect wave of three wondrous musicians,” Murray said of the tour and his co-stars in a press release.

Vogler added: “‘New Worlds’ became a fantastic artistic journey, that was born out of my friendship with Bill. I will always treasure our ‘New Worlds’ Tour as one of the most exciting adventures in my life.”

New Worlds: The Cradle of Civilization is set to be released in cinemas on February 2, 2022 – which is a notable day for Murray as it’s Groundhog Day in the US. You can get tickets here.

Produced by Tony Berg, Ethan Gruska and Bridgers herself, the song hears the singer-songwriter backed by a choir, which includes Mumford & Sons frontman Marcus Mumford.