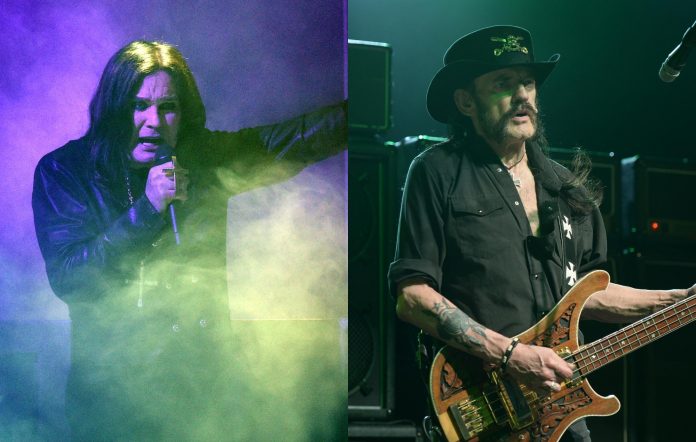 Ozzy Osbourne has released the animated music video for his duet with the late Motörhead frontman Lemmy.

Last month, Ozzy revealed that he’d made a new version of his 1991 solo song featuring Lemmy’s vocals alongside his as part of a tribute to the late rock star. The track appears on the expanded 30th anniversary reissue of Osbourne’s ‘No More Tears’ album, which was released on September 17.

Lemmy, who died in 2015, co-wrote ‘Hellraiser’ with Osbourne for ‘No More Tears’ before his band Motörhead recorded their own version of the song in 1992.

Now, Osbourne has shared an animated video that illustrates himself and Lemmy beating back an alien invasion via the power of rock ‘n’ roll.

The new version of ‘Hellraiser’ appears on the digital reissue of ‘No More Tears’ but not the vinyl release.

Osbourne explained in a statement that the new version was made in memory of his friend. “I hope everyone enjoys the song,” Osbourne said in a press release in September. “This is just a small way to honour my friend Lemmy. Sharon and I talk a lot about how much we miss him.”

Meanwhile, earlier this month a new biopic about Ozzy and his wife Sharon Osbourne was officially announced.

According to Variety, the as-yet-untitled film is being developed by Polygram Entertainment, a partner of Universal Music Group. Sharon is on production duties alongside the couple’s children Aimée and Jack (via their Osbourne Media label).

Oscar nominee Lee Hall, who wrote Elton John biopic Rocketman (2019) and Billy Elliott (2000), is drafting a script for the project, which will delve into the whirlwind lives of the couple.