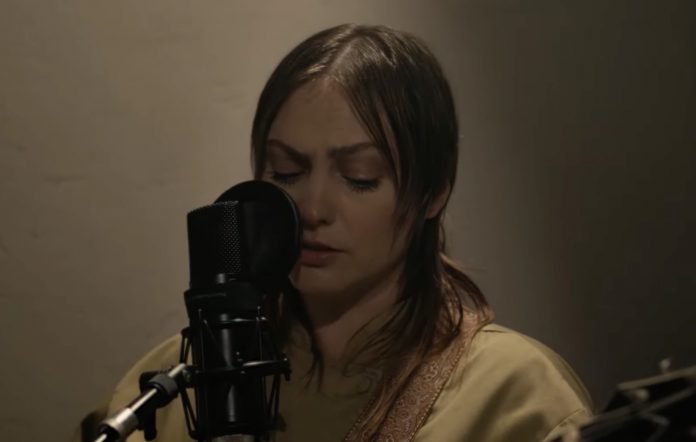 Angel Olsen was among the performers at this weekend’s virtual Adult Swim festival – watch her short, stripped-back set below.

Also at the festival, held online on November 12 and 13, were the likes of Kelly Lee Owens, 21 Savage and Lil Baby, while Run The Jewels also premiered their new Night Of The Living Dead-inspired video for ‘Never Look Back’ at the event.

For her short set, Olsen performed four tracks from her 2020 album ‘Whole New Mess’, a stripped-back reimagining of the previous year’s ‘All Mirrors’ LP.

Watch her perform ‘We Are All Mirrors’, ‘Chance (Forever Love)’, ‘Whole New Mess’ and ‘Tonight (Without You)’ below:

Since the release of ‘Whole New Mess’ last year, Olsen has collaborated with Sharon Van Etten on the song ‘Like I Used To’.

In September, Van Etten joined Olsen on stage at Chicago’s Pitchfork Music Festival to mark the full live debut of the track.

In August, Olsen then released a new EP of ‘80s cover songs by the likes of Laura Branigan and Billy Idol.

In a four-star review of ‘Aisles’, NME said: “Though ‘fun’ isn’t necessarily the first adjective that comes to mind taking stock of these finished covers, it’s evident that Angel Olsen had plenty of it delving into the emotive guts of each song. At times you miss the cheese of the originals, but this is a solid concept, extremely well-executed.”