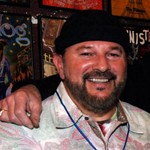 Longtime artist manager Walter James “Herbie” Herbert II, who worked with groups including Journey and Santana, has died. According to Variety, Herbert was 73 years old.

Herbert began his career in the early 1970s working with famed promoter Bill Graham. Graham helped Herbert land a gig as a roadie for Santana, whom Graham managed at the time. Herbert befriended Santana musicians Gregg Rolie and Neal Schon, and after they went on to found Journey they recruited Herbert to work alongside them.

Schon was one of the first people to acknowledge Herbert’s passing in a Facebook post Monday, saying, “I’ll cherish all the incredible times and trials and tribulations we experienced together. Herbie was an incredible hands on Manager and fought like a mother fucker for all of us every step of the way. I can easily say that without his vision there would have never been many of the innovative things that we shared.”

The guitarist wrote in his dedication that Herbert began a management company after the Santana split and approached Schon about “wrapping” a band around his guitar playing and the “long amazing Journey started.”

Herbert worked with Journey for two decades until 1993 and during his time with the band created Nocturne Productions, which handled lighting and staging for large concerts. Journey lead singer Steve Perry reportedly asked Herbert to step down from his role as manager due to personality conflicts. After the split, Herbert worked with Journey off-shoot bands The Storm and Hardline.

Herbert also managed the Steve Miller Band, Roxette and Europe during his career.

Later in the 1990s, Herbert became a musician himself. He released three albums as Sy Klopps and toured in Northern California as the Sy Kopps Band with current and former Journey band members Neal Schon, Gregg Rolie, Prairie Prince and Ross Valory.