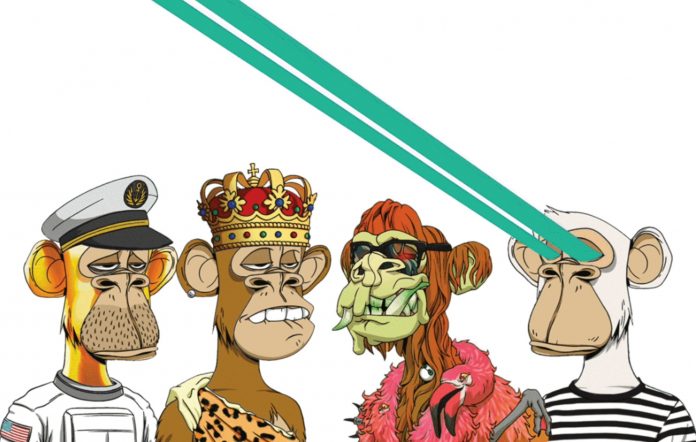 READ MORE: NFTs are one innovation the K-pop industry doesn’t need to get on board with

The metaverse group, as its described, are the first signee to Universal’s 10:22pm record label, which was set up by former Sony exec Celine Joshua and is said to be a “next-gen Web3 label”.

The characters are taken from the Bored Ape Yacht Club, pulled from a collection belonging to Jimmy “j1mmy.eth” McNelis, who recently sold another of his BAYC NFTs for $3.4million USD.

Set to be turned into 3D beings by a team of animators, Kingship will perform across video games, VR experiences and other realms of the metaverse. One of the band’s members, the golden ape, is currently valued at over $300,000 USD.

While Kingship, of course, isn’t the only ape-themed virtual band, Timbaland is cashing in on the trend as well, starting new company Ape-In Productions that will also use Bored Ape Yacht Club characters to form a music group.

As reported by Variety, Timbaland’s group, named TheZoo, features six Bored Ape characters – such as Lincoln Aperaham and Safari Ferrari – and will release their first song ‘ApeSh!t’ on Wednesday.

In other NFT-related music news, M.I.A. has just released her new song ‘Babylon’, auctioning it off as an NFT of her own in support of Courage.org.

The post Universal Music to launch an NFT band made entirely of virtual apes appeared first on NME.