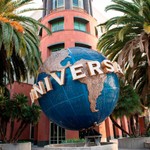 Universal Music Group, the owner of Republic Records, is suing an investment platform called Republic for trademark infringement over a recent expansion into music royalty streams.

In a case filed Friday in Manhattan federal court, UMG claimed the use of the Republic name on the new music-focused service, launched this earlier month, is already causing the members of the music industry to mistakenly think its connected to the existing Republic Records.

“The artists, labels, managers, agents, and fans who currently know of plaintiff’s Republic label would be presented with two different companies offering identical services under identical names in the same industry,” attorneys for the music giant wrote in the lawsuit. “Confusion is inevitable.”

Formally named OpenDeal Inc., Republic is a crowdfunding platform that lets users buy into startups, cryptocurrency projects and other investments. In October, the company announced it would start allowing users to invest in music royalties, calling itself the first to “bring music investing to the masses.”

Republic has billed such offerings as way for artists to “have more control over their art” by directly funding their own productions, and for fans to earn money by investing in the success of their favorite musicians. It also advertises that investors get special perks, like access to tickets, merch and events.

Republic Records, meanwhile, was founded as an independent in 1995 and today operates as one of UMG’s top imprints, home to Ariana Grande, Drake, Post Malone and many other major artists. Most notably, Taylor Swift signed to Republic when she made the jump to UMG in 2018.

In Friday’s lawsuit, UMG said Republic’s use of its name on a music-related service violated U.S. trademark law, which prohibits the use of similar branding on overlapping goods and services. UMG said the use such a prominent name in the music industry, on a platform that offers many services “that record labels typically offer,” was precisely such an illegal overlap.

“Plaintiff’s Republic Records label has grown into one of the most successful and renowned record labels in the world,” UMG’s attorneys wrote. “Plaintiff brings this action to stop defendant’s wanton effort to usurp plaintiff’s Republic name and trademarks for itself in connection with new music-related services that defendant recently launched.”

Trademark rights are tightly limited to certain types of commercial offerings, and UMG’s lawsuit stressed that it did not oppose Republic’s use of the name on its existing investment products, only on music-related offerings.

A spokeswoman for Republic told Billboard on Monday (Nov. 15) that the company “does not comment on ongoing litigation and looks forward to working with UMG’s counsel to resolve the matter amicably.”