UnitedMasters Raises $50M to Connect Artists and Brands ‘At Scale’ 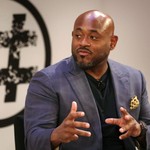 With an eye towards bringing lucrative brand partnerships into the world of low-margin music distribution, UnitedMasters — the digital distributor founded by industry veteran Steve Stoute — has raised another $50 million in Series C funding that values the company at $550 million, the company announced Thursday.

The round was led by a renowned venture capital firm Andreessen Horowitz, which had previously invested in UnitedMasters’s Series B round in March 2021 along with Apple and Alphabet.

Launched in 2017 with $70 million in funding from Andreessen Horowitz, Alphabet and 21st Century Fox, UnitedMasters attempts a different spin on a business model nearly two decades old. At its core, a digital distributor acts as a conduit from artist to online platforms and their listeners. With UnitedMasters, Stoute, a former executive at Sony Music and Interscope Records, builds on his work at Translation, an ad agency he founded in 2004, and offers artists various partnership opportunities with the NBA basketball league, ESPN sports television network, TikTok and Twitch.

Like any ad agency, Translation provides a “high touch” service for a small number of clients that include ESPN, Beats By Dre and AT&T. For UnitedMasters, the trick will be providing opportunities for its 1.3 million clients, not just its most successful artists, such as NLE Choppa, Lil Trecca, Lil XXEL, BMW Kenny and Tobe Nwigwe. To that end, the company will use the new funding to develop technology that allows artists “to work and create deals directly with platforms and brand partners, frictionlessly, at scale,” according to Thursday’s press release. “The amount of money that brands will spend to connect with those consumers – is that a big pool of money? Yeah,” Kristina Salen, then the CFO and COO for UnitedMasters and Translation, told Billboard in 2018.

Digital distribution for independent artists has existed since TuneCore launched in 2005 to capitalize on iTunes’ unlimited virtual shelf space. Typically, a distributor’s baseline service is to place artists’ tracks at a wide range of digital service providers — music subscription services, music video streaming platforms and download stores based in markets around the world. UnitedMasters has these basic functions, too, and offers the requisite analytics tools.