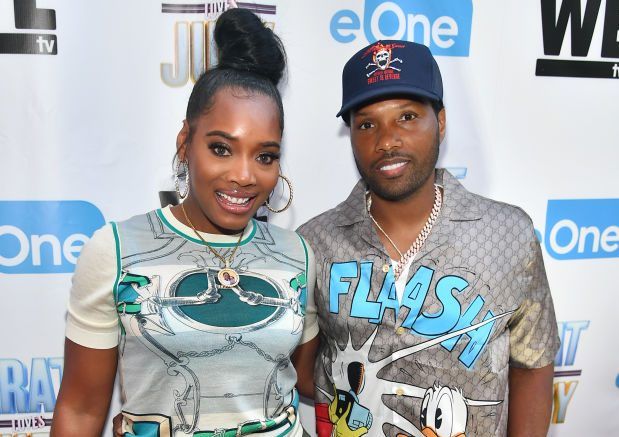 Yandy Smith-Harris and Mendeecees Harris’ decided to recommit to each other back in May of 2021 and now that the sentimental ceremony aired on “Love and Hip Hop Atlanta” last night, The Harrises are revealing the deeper meaning behind their decision to do it all over again.

According to an exclusive from the couple for PEOPLE, the reality stars renewed their vows on May 24 at Bab Al Shams Desert Resort – Dubai. The ceremony was attended by about 60 people, including Mendeecees’ mom Judy and fellow castmates like Kirk and Rasheeda Frost.

While Yandy, 39, and Mendeecees, 42, had originally intended to travel to Dubai as a late honeymoon celebration, Mendeecees had a surprise re-proposal up his sleeve! That’s when they turned their trip into a love fest, conveniently with family already onboard. Yandy told PEOPLE why the second wedding felt significant.

“When we got married the first time, when we vowed that we would be together through thick and thin, we were literally walking in through some big times. We had a lot of pressure on us. We had a lot of things over our head that — although we love each other — it was [a] really, really emotional time for us [and] for our family.”

Although she wore her gown for millions to see on TV, Yandy shared a closer look at her second wedding ceremony gown, which donned 20,000 Swarovski Crystals.

Mendeecees and Yandy famously had their first lavish wedding ceremony in 2015, which aired on a live VH1 special. However, Yandy later revealed in an episode that they were never legally married and the decision seemed to have to do with Mendeecees’ past legal troubles.

Congrats to the happy couple!

Yandy and Mendeecees renew their vows in front of their friends and family, INCLUDING Judy. 💕

Are you happy to see them happy after what they’ve been through? #LHHATL pic.twitter.com/PpkJV91ZUv