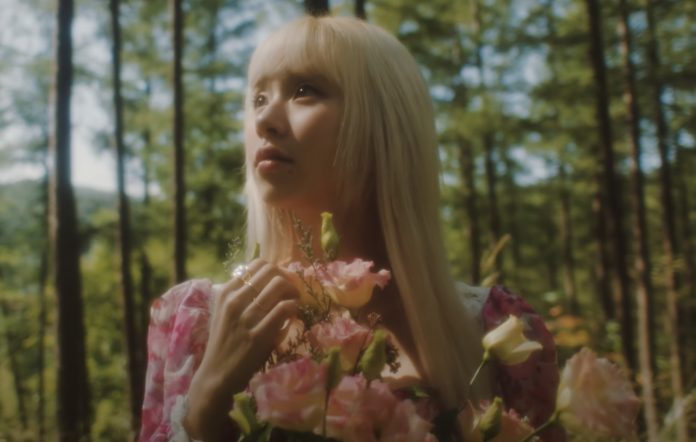 Chaeyoung of TWICE has dropped her rendition of ‘Off My Face’, originally by Justin Bieber.

The singer stays true to the acoustic sound of the original version by Bieber, which was released earlier this year as part of his ‘Justice’ studio album. “Your touch blurred my vision / It’s your world and I’m just in it / Even sober I’m not thinkin’ straight,” Chaeyoung sings in English.

Meanwhile, the cover’s accompanying visual depicts Chaeyoung in a dream-like state, where she’s transported to an ethereal forest where she performs her take on the song from her dark bedroom, only illuminated by the light from her projector.

The cover is the latest addition to the girl group’s ‘Melody Project’ series, where the individual members of TWICE release song covers on the group’s YouTube channel.

Previous ‘Melody Project’ releases include Jihyo’s cover of ‘A Late Night of 1994’ by Jang Hyejin and Nayeon’s cover of Ariana Grande‘s ‘Love Is Everything’. Tzuyu had also teamed up with Stray Kids’ Bang Chan on a cover of Taylor Swift and Brendon Urie’s ‘ME!’ in June this year.

TWICE recently dropped an “opening trailer” for their upcoming third studio album ‘Formula Of Love: O+T=＜3’ ahead of its release, establishing the sci-fi concept of the forthcoming record. The album is due out on November 12 2pm KST/midnight EST.

Meanwhile, the group had also dropped their first ever English-language single ‘The Feels’ earlier this month, although the group had previously released English-language tracks. In 2020, the girl group had released English versions of their singles ‘More & More’ and ‘I Can’t Stop Me’. They also dropped their first original English track ‘What You Waiting For’ as a B-side on their 2019 Japanese album ‘&Twice’.