TWICE reach new milestones on Billboard charts with ‘The Feels’ 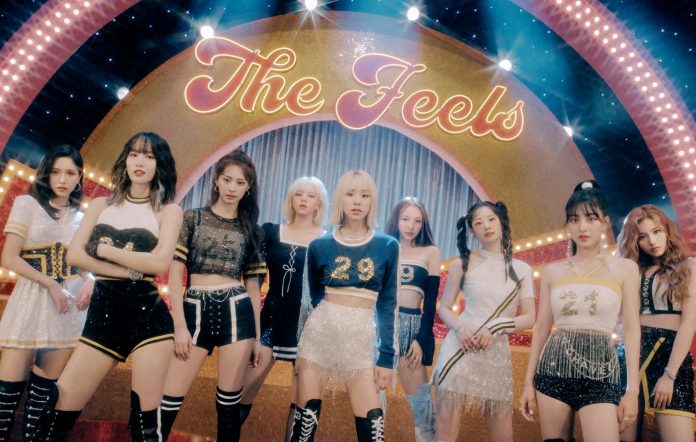 TWICE have reached new personal milestones on the Billboard charts with their first English-language single ‘The Feels’.

‘The Feels’ has become the group’s first-ever song to enter the Billboard Hot 100, charting at Number 83 for the week of October 16. In addition. the track also made its debut at Number Five on this week’s Digital Song Sales chart.

In addition, ‘The Feels’ also entered Top 10 of the Global Excl. U.S. chart, coming in at Number 10 with 50.9million streams and 8,800 units sold beyond the U.S, according to Billboard.

It’s the girl group’s highest-charting entry on the global chart, is based on digital sales and online streaming from over 200 territories worldwide. It follows ‘I Can’t Stop Me’ (peaked at Number 16 in November 2020) and ‘Alcohol-Free’ at (Number 22 in June this year).

It earns the group its first career entry on the chart.

Aside from making waves on the Billboard charts, the girl group also managed to chart ‘The Feel’ in the UK last week. The girl group’s new English single debuted at Number 80 on the UK Singles Charts for the week of October 8 to 14.

Although ‘The Feels’ is TWICE’s first official English single, the group had previously released English-language tracks. In 2020, the girl group released English versions of their singles ‘More & More’ and ‘I Can’t Stop Me’. They also dropped their first original English track ‘What You Waiting For’ as a B-side on their 2019 Japanese album ‘&Twice’.

Earlier this week, TWICE announced their upcoming third full-length album, ‘Formula Of Love: O+T=<3’. According to their Twitter post, the record is slated for release on November 11 at 2pm KST/midnight EST.

The post TWICE reach new milestones on Billboard charts with ‘The Feels’ appeared first on NME.