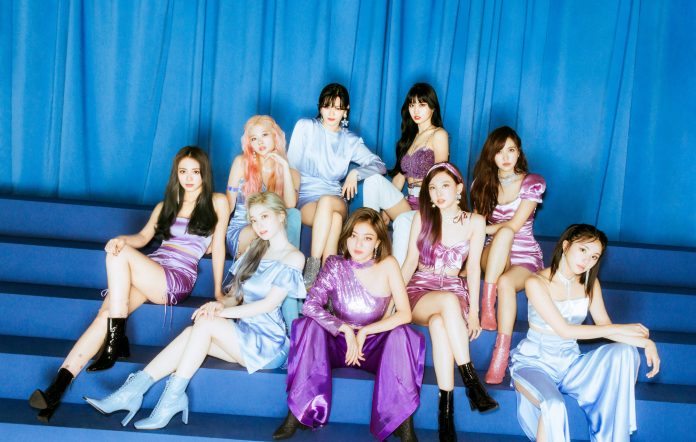 Earlier today (October 8), the nine-member girl group took to Twitter to reveal the title and release date of their forthcoming record. ‘Formula Of Love: O+T=<3’ is set to be released on November 11 at 2pm KST/midnight EST.

The girl group had first teased the upcoming album at the end of the music video for their recently released English single, ‘The Feels’. The video ended on a shot of a poster that teased TWICE’s forthcoming activities, including the then-unnamed ‘Formula Of Love: O+T=<3’ plus an upcoming tour.

TWICE rapper Chaeyoung also previously revealed in an interview that the girl group had been “recording and preparing the next album”. At the time, it was unclear if the singer had been referring to a brand-new Korean release or a potential English record, which could follow ‘The Feels’.

Meanwhile, ‘The Feels’ marked their first-ever official English single, although the group had previously released English-language tracks. In 2020, the girl group had released English versions of their singles ‘More & More’ and ‘I Can’t Stop Me’. They also dropped their first original English track ‘What You Waiting For’ as a B-side on their 2019 Japanese album ‘&Twice’.

It is currently unknown if member Jeongyeon will be involved in the making and release of ‘Formula Of Love: O+T=<3’. Since August, the singer has been on a hiatus from group activities due to symptoms of “panic and psychological anxiety”.

TWICE made their first domestic return of 2021 with their ‘Taste of Love’ mini-album on June 11. The six-track project featured title track ‘Alcohol-Free’, which was written and composed by JYP Entertainment head J.Y. Park.