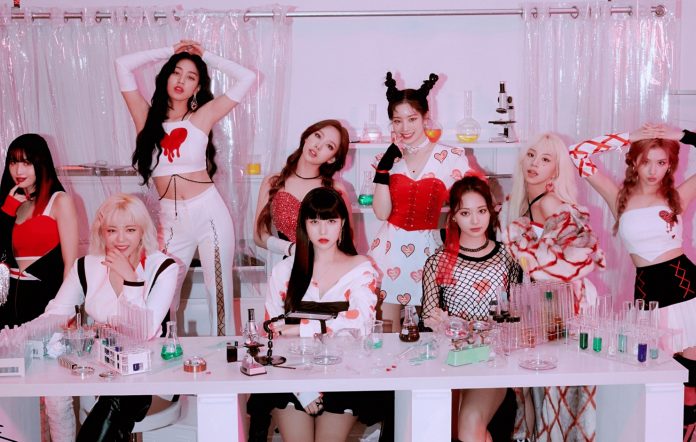 READ MORE: Every TWICE song ranked in order of greatness

Earlier today (November 15), TWICE unveiled a poster containing details of their upcoming tour, which currently includes five North American shows. According to the poster, the girl group’s tour include even more dates and shows, the details of which are expected to be announced in the coming weeks.

The girl group had first teased the tour at the end of the music video for their recently released English single, ‘The Feels’. The video ended on a shot of a poster that teased TWICE’s forthcoming activities, including the upcoming tour and their third studio album ‘Formula Of Love: O+T=<3’, which released last week.

Titled ‘III’, the girl group’s fourth world tour will kick off in Seoul next month. Its North American leg begins in February 2022, with dates set across several US states. See the full list of dates below:

On November 12, TWICE released their much-anticipated third studio album, ‘Formula Of Love: O+T=<3’. The 14-track record had dropped alongside a unique music video for its lead single ‘Scientist’, which follows the girl group hard at work in the “TWICE Love Lab”.

“The song says that love is not something you can calculate, study and try to find an answer to but is something you should follow with your heart,” Nayeon said in a press release, per Yonhap News Agency. “I hope you get a bit of strength and energy while listening to our music.”

The album also features “unit” tracks from TWICE, each sung by three members of the group. Jihyo, Sana and Dahyun take on the upbeat and cheeky ‘Push & Pull’, while Nayeon, Momo and Chaeyoung’s vocals take centre stage on the laid-back ‘Hello’. Additionally, Jeongyeon, Mina and Tzuyu team up on the Latin pop-inspired dance track ‘1, 3, 2.’