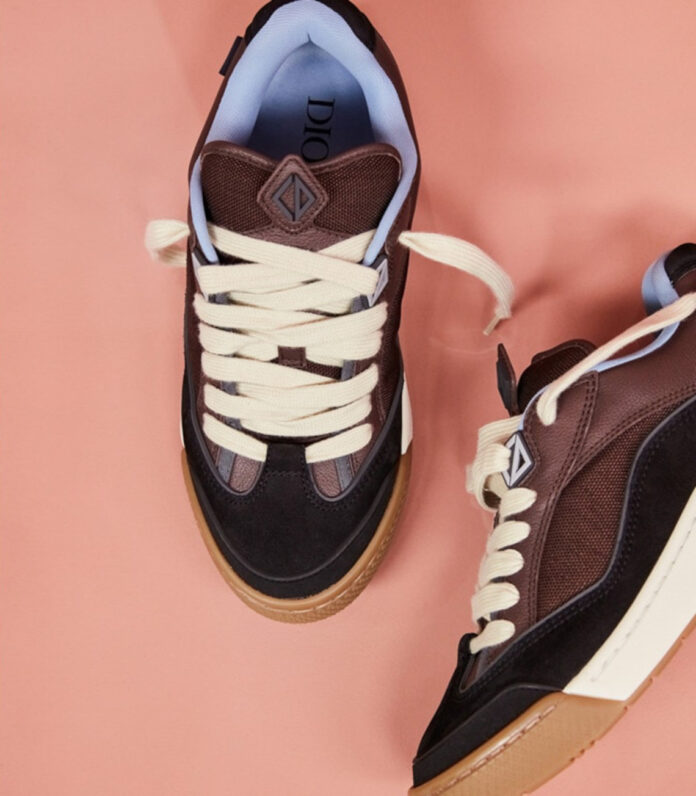 Following the tragedy that was Astroworld Festival 2021, Travis Scott took a few steps away from the spotlight. His NIKE, Inc. collaborations were postponed, as was his Cactus Jack collection for Dior. Recently, however, the French luxury house updated its online site to tease the launch of its B713 sneaker by Scott.

First teased in late June 2021, the upcoming shoes are inspired by the skate shoes of the 1990s and 2000s, an aesthetic that’s permeated across sportswear, streetwear and luxury in unprecedented fashion over the last four years. The Houston-native has been at the forefoot of this shift in what’s relevant at the intersection between sport and style, as was Virgil Abloh and his Off-White imprint. At an extremely quick glance, the Dior B713 resembles past propositions like Pharrell Williams‘ Ice Cream footwear from the aughts, but premium materials make the model unquestionably a fashion-first item. Classic “CD” logos are accompanied by reworked “DIOR” branding throughout the pairs, delivering an option that’s equal parts Travis Scott and Christian Dior. While the chunky shoes look skateable, it’s difficult to imagine anyone will buy the B713 to skate when there’s a plethora of cheaper, likely better options out on the market today. Nevertheless, the 31-year-old artist continues to flex his influence on the world.

Enjoy a brief look at the pairs ahead, and anticipate a Dior.com launch soon.