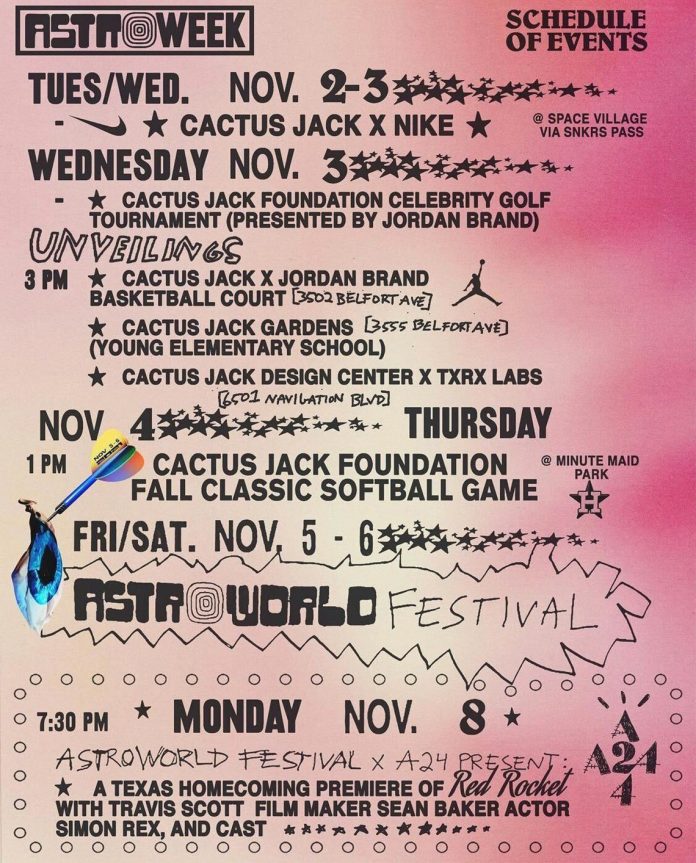 As part of Travis Scott’s week-long Astroweek festival, the Houston rapper has prepared a special sneaker release via SNKRS Pass in conjunction with Nike. On November 2nd and 3rd, SNKRS users and event attendees have an opportunity to purchase a pair of shoes at the Space Village through the Swoosh’s location-based release method. Nike had relied on this type of release at major events in the past to much satisfaction as it reserved product for those in attendance.

What’s not entirely clear is the product being release. It could very well be a restock of his previous Air Jordan 1 collaborations with fragment design, but considering the schedule of events specifies a Nike drop, we could potentially see the first release of his upcoming Air Max 1 “Cactus Jack” collaborations. We’ll update as we learn more, so if you’re attending Astroweek in Houston, TX next week, stay tuned.