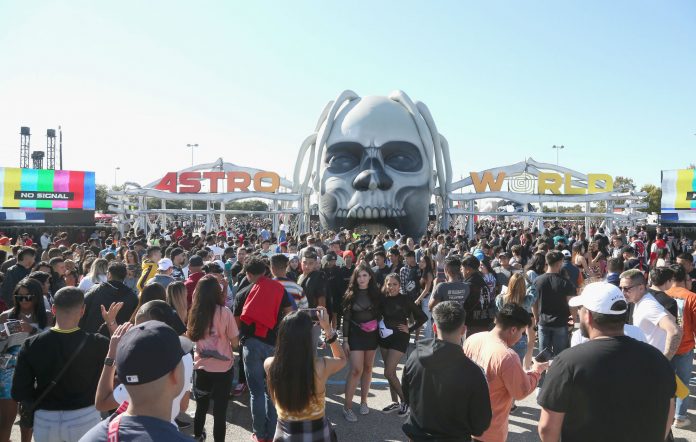 Travis Scott’s Astroworld Fest has announced the line-up for its 2021 event – check it out below.

Scott held the one-day festival in his home city of Houston, Texas in 2018 and 2019. Organisers were forced to scrap their plans for Astroworld to return in November 2020 due to the coronavirus pandemic.

Following confirmation that the festival would go ahead between November 5-6 this year, it has been announced tonight (October 26) that Travis Scott will perform at Astroworld 2021 alongside the likes of Tame Impala, Earth Wind & Fire, SZA and Young Thug.

“SEE YA IN NOVEMBER,” Scott wrote while sharing the official line-up poster. See the tweets below.

SEE YA IN NOVEMBER pic.twitter.com/VZxRyiS2p0

Travis Scott recently shared further details about his forthcoming album new album ‘Utopia’, which is expected to arrive at some point this year. He said that the follow-up to 2018’s ‘Astroworld’ would focus on what he believes are the key components of a utopian state, “medicine, nursing, being a better person, talking, language, communication”.

“You think utopia is a society where everything is good: health, buildings, architecture – nah. It’s just about proper lines of communication,” the rapper explained.

In a five-star review, NME hailed ‘Astroworld’ as a “lush, complex, extraordinarily accomplished album that invites us mere mortals to peer in at his life behind the velvet rope”.