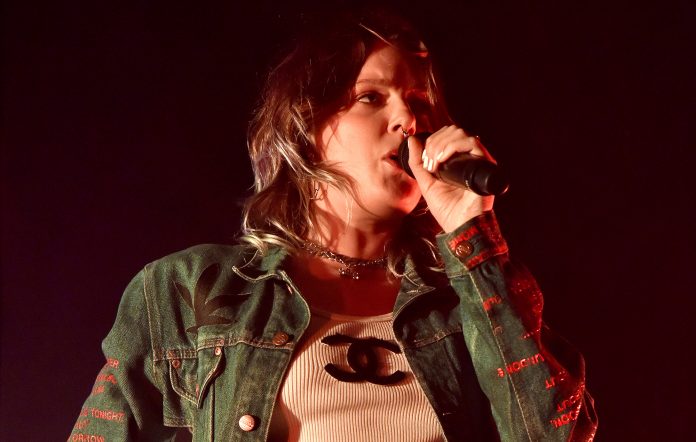 Tove Lo has shared her new single ‘How Long’, from the season two soundtrack of Euphoria.

The synth-pop song was issued today (January 26) on streaming platforms. It is set to feature in the next episode of the popular HBO show that premieres January 30.

‘How Long’ plunges into the ugliness of heartbreak with a propulsive nu-disco beat. In its lyrics, the Swedish singer-songwriter details the struggle to get over a former lover.

“How, how long have you loved another / While I’m dreamin’ of us together? / She got the best of you / Part of me always knew,” she sings in its chorus.

Listen to ‘How Long’ below.

‘How Long’ is the latest song to be revealed from the Euphoria soundtrack, following last week’s Lana Del Rey single ‘Watercolor Eyes’.

In a tweet earlier today, Tove Lo shared that she was “excited on honored” to have the song on the soundtrack. ‘How Long’ is “about love, betrayal, and denial,” she wrote.

READ MORE: The Big Read – Tove Lo: “Sexuality is a fluid thing – it’s hard to be just one way”

Last October, Tove Lo revealed that she was completing the writing process for her fifth album, the follow-up to 2019’s ‘Sunshine Kitty’.

In the same month, Duran Duran released a collaboration with her titled ‘Give It All Up’ as part of their 15th studio album ‘Future Past’.

Tove Lo is also set to join Dua Lipa on the latter’s forthcoming Future Nostalgia Tour in the UK and Europe, which begins in April.