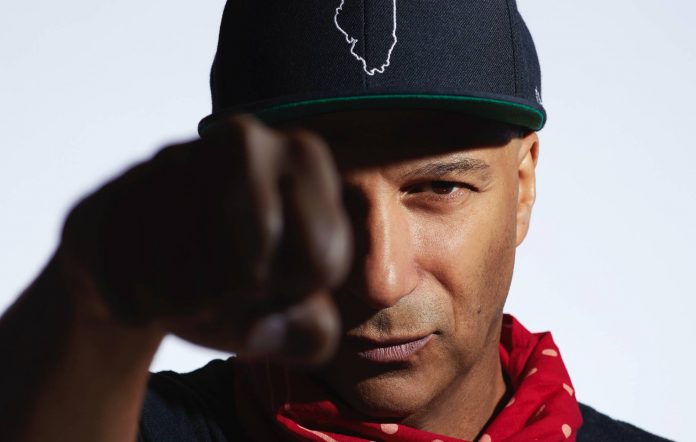 Tom Morello has announced details of a new album – ‘The Atlas Underground Flood’ will come out next month and features collaborations with IDLES, Manchester Orchestra and more.

The album is being previewed today (November 17) by three new songs. ‘Human’ features Barns Courtney, ‘Hard Times’ is a collaboration with Nathaniel Rateliff and Jim Jones, while Ben Harper features on ‘Raising Hell’.

“I aimed to forge a central curated vision to tie together a sonically fearless, wild, and wide-ranging musical ambition with a tremendous cast of collaborators. And of course, there are many guitar solos.”

Listen to all three new songs below:

See the artwork and full tracklist for ‘The Atlas Underground Flood’, featuring its full list of collaborators, below:

Reviewing ‘The Atlas Underground Fire’ upon its release last month, NME wrote: “There are subtle nods to what’s come before, but for the most part, this record sees Morello adapt with the times to create a record on the cutting-edge of a genre often afraid to evolve.”