Tiwa Savage claims she’s being blackmailed over a sex tape 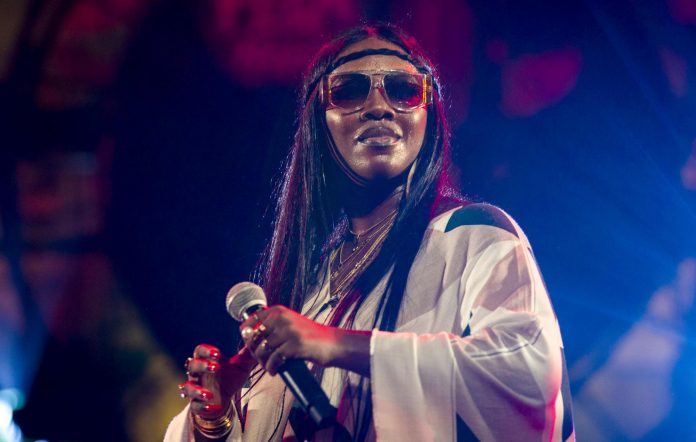 Tiwa Savage has alleged that she is being blackmailed over a sex tape.

The Nigerian Afrobeats star claimed that a video her partner posted accidentally to Snapchat last month but swiftly deleted was downloaded by someone.

That person, Savage has alleged, has this week tried to extort money from her. Savage said in a new interview that she would rather the tape be leaked than pay the money, saying that she won’t be punished “for doing something that is natural”.

She told radio host Angie Martinez of Power 105.1 in New York: “I am not going to call it a sex tape but it’s a tape between me and the person I am dating right now.

“I am that crazy I could put it out myself – you are not making any money off me.”

Savage is one of the world’s biggest Afrobeats stars and is signed to Universal Music Group. The 41-year-old singer and actress is currently in the US to promote her recent EP, ‘Water and Garri’, which was released in August and features guest spots by Nas and Brandy.

Although Savage remained calmed during the radio interview she revealed that she was unable to sleep when she first learnt of the alleged blackmail on Wednesday (October 6).

She remained calm through the interview but said she was going through internal turmoil, and that she could not sleep when she first received the video on Wednesday.

Savage added that she is worried about the effect the video might have on her six-year-old son. “I am going to talk to him and for me it is even later on when he’s about 15 and someone is trying to be rude to him… I just have to brace him up.”

In Nigeria it is a criminal offence to share intimate images or videos of someone without their consent. A cyber-crime act was passed in 2015 that made it an offence with up to three years in prison.

The post Tiwa Savage claims she’s being blackmailed over a sex tape appeared first on NME.