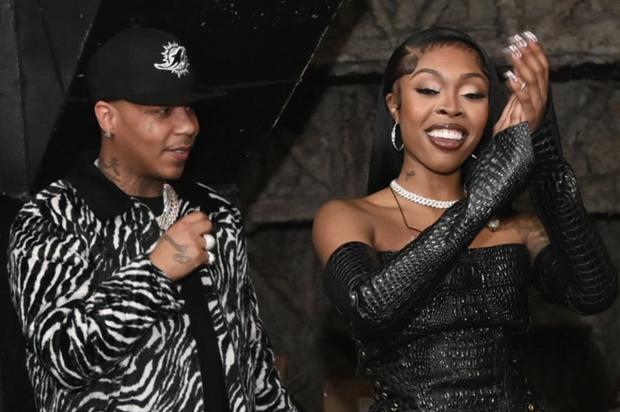 While the world argues whether or not R&B is dead, thanks to ongoing discussions propelled by Diddy, Tink has shared her latest effort, Pillow Talk. The R&B songstress released her album at the top of the morning after heavily promoting the record with interviews, including her recent appearances on The Breakfast Club and Chicago’s WGCI. Pillow Talk was executive produced by Hitmaka, so it was only fitting for the radio hosts to ask about her rumored romance with the hitmaking producer.

Tink didn’t necessarily confirm that they were in a relationship, but her answer got fans talking.

“I am dating, I have special friends,” she told WGCI. “Is that okay y’all, to have a special friend?” Tink was told that word on the street is that she was dating Hitmaka. “That’s my dog,” she answered.

“I’m glad we mentioned Hitmaka, he is the executive producer of the album, so you know, outside of like, personal life, we put in a lot of work,” she continued. “That’s my special friend. We are very close. We have a great business relationship and personal.”

People read between the lines and came to their own conclusions, but it doesn’t look like fans are going to get much else out of Tink about those Hitmaka rumors. Check out Tink’s Pillow Talk album below as well as a clip from her visit to WGCI.